The District of Columbia could be well on its way to joining the ranks of Colorado, Washington, Oregon and Alaska in the multi-billion dollar a year industry of legal cannabis sales beginning this fall.

Last week, the D.C. Superior Court made a decision to uphold The Local Budget Autonomy Act of 2012, giving the District more autonomy when it comes to their budget and lifting the ban on taxing recreational marijuana sales. The ban expires September 30th, 2016.

The Marijuana Policy Project (MPP) heralded District officials for the pro-cannabis achievement. “We are thrilled that DC will have budget autonomy and no longer be subject to appropriations riders on the local portion of the budget — which will allow them to finally move forward with taxing and regulating marijuana. ,” Kate Bell, Legislative Analyst for the MPP said in my exclusive interview for The Marijuana Times.

As the only federal district in the nation, Washington D.C. remains under the exclusive jurisdiction of the Congress. Since 1973, The District of Columbia Home Rule Act has provided the city with a council and Mayor but unlike other states, D.C. doesn’t get the luxury of setting their own taxes and budget without Congressional approval. Now, the council can move forward to determine how to tax and regulate marijuana and pass a law to do so this fall, the MPP explained in a statement.

While the District does have a medical marijuana program up and running, as well as Initiative 71 providing some protections to recreational marijuana users from criminal charges, The Local Budget Autonomy Act of 2012 has banned marijuana sales in D.C. for the past two years and has been referred to as the “dealer-protection act” because it kept illegal drug dealers in business.

MPP also addressed the social implications of legal sales bringing recreational users out of the shadows. “We look forward to working with members of the council to replace the current system, which forces many marijuana consumers to purchase in the criminal market with sensible regulation,” they said in their statement.

MPP was founded in 1995 with the mission “to change federal law to allow states to determine their own marijuana policies without federal interference, as well as to regulate marijuana like alcohol in all 50 states, D.C., and the five territories.” They have a large presence on the Hill and alongside other organizations like The Drug Policy Alliance, have successfully lobbied on the medical marijuana and decriminalization fronts.

From Darkness into the Light

Legal recreational cannabis sales in the District would put many illegal dealers out of business – and it’s a lot of business.

The New York Times reports the total legal recreational marijuana sales hit $5.4 billion last year. The state of Colorado alone has about 938 dispensaries and according to a Bloomberg report, the Centennial State received $135 million in state taxes and fees. That’s an increase of 44 percent from the year prior.

Washington State and California are also seeing green. Washington State’s dispensaries returned $65 million in state taxes and fees for 2015 and with new pro-pot ballot initiatives in California, the Golden State could generate $1 billion this year.

Overall, nationwide demand is expected to remain strong this year, with a forecast of $6.7 billion in legal sales, according to the data analysis firms ArcView and New Frontier. 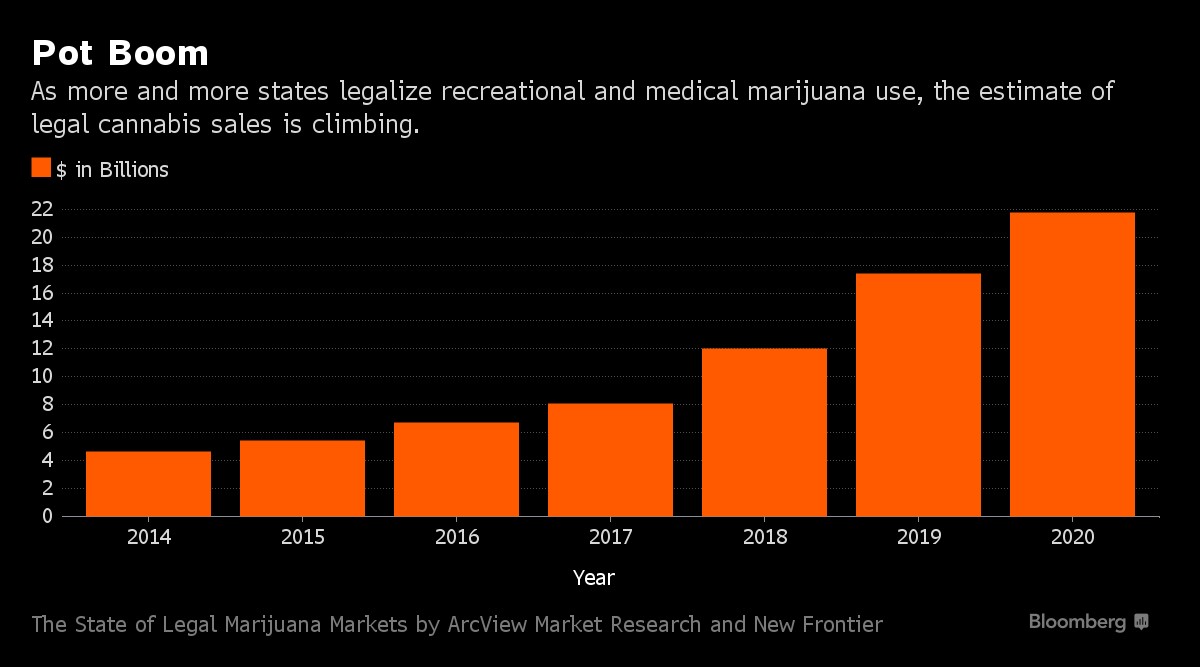 In a 2014 D.C. city council hearing on the Marijuana Legalization and Regulation Act of 2013, the Director of Fiscal and Legislative Analysis at the office of Revenue Analysis, Office of the Chief Financial Officer estimated that legal marijuana sales could reach $130 million a year in the District.

“The District must first fund the necessary regulatory and enforcement systems before it can collect any revenues from recreational taxation of marijuana and marijuana-infused products,” Dr. Yesim Sayln Taylor at the 2014 hearing.

Dr. Taylor predicted the District would see 122,000 users, including residents, patients, commuters, and tourists. “We assume that an average user consumes 3 ounces of marijuana per year,” Dr. Taylor added the caveat, “the usage number is difficult to pin down since it varies greatly.”

The city official also went on record with a price estimate of $350 per ounce of cannabis.

“DC will need to address the issue of providing safe, legal spaces for adults to consume cannabis socially, an issue that Colorado has left up to individual localities.” – Kate Bell of the Marijuana Policy Project

Congress can still block a tax or a D.C. budget which includes money earmarked for marijuana sales. However, MPP thinks that would be unlikely. “Thanks to congressional gridlock and President Obama’s support for D.C. choosing its own marijuana policy, this would be much more difficult than simply adding a rider to a lengthy appropriations bill funding the federal government,” says Bell. Officials must still figure out what the taxation and regulation of marijuana would look like for D.C.

“The growing level of support for legalization that we see in poll after poll is exactly why we’re now in a situation — for the first time in history — where every major presidential candidate in both parties has pledged to let states set their own marijuana laws without federal interference.” – Tom Angell of the Marijuana Majority

“D.C. has several models to draw from, since four states have already set up systems to regulate adult use marijuana sales, but it will need to adapt those models to its unique circumstances, including the fact that it is effectively a state, county, and city in one. For example, D.C. will need to address the issue of providing safe, legal spaces for adults to consume cannabis socially, an issue that Colorado has left up to individual localities. Indeed, it has already taken a step toward doing so by setting up a task force to examine the issue,” says Bell. There’s no one-size-fits-all tax structure, even Colorado and Washington State have very different marijuana tax structures.

These taxes are increasing state revenues and, in turn, are positively affecting unemployment and the overall Gross Domestic product (GDP).  In a side-by-side comparison, Washington State came out on the top of the heap. According to The Business Insider’s calculations, “its Q2 2015 annualized GDP growth rate was a stunning 8 percent, by far the highest among the states and D.C.” Colorado came in a close third with an increase of 12.7 percent between Q3 2014 and Q3 2015, according to the calculations.

“It will allow DC to reap the tax benefits of having legalized marijuana for adult use, help ensure that access is limited to adults, and create jobs.” – Kate Bell of the Marijuana Policy Project

On the job front, the Colorado Department of Revenue reports over 21,000 occupational licenses have been issued for jobs created directly by the state’s marijuana industry. Benefits have trickled down to ancillary workers too.  Many professions such as lawyers, accountants, construction workers, landlords, advertisers, consultants, security, insurance, transportation, and indoor growing-supply equipment providers who are not directly associated with the plant are seeing more business.

Bell points out that D.C. could really use the extra money to fix the city’s infrastructure, specifically the District’s Metrorail system. As you may remember, the D.C. Metro saw an unprecedented system-wide closing on a Wednesday earlier this month due to much needed safety inspections.

“Of course, taxes must be set carefully, high enough to take advantage of the potential revenue, but not so high that the new industry is unable to compete with the criminal market,” warns Bell.

This marijuana reform would go in-step with new poll data which reveals Americans’ support for marijuana legalization is at an all-time high of 61 percent.

Tom Angell of the Marijuana Majority, a marijuana reform group went a step further, speaking to the implications of the nation’s pro-cannabis sentiment on the 2016 presidential elections. “The growing level of support for legalization that we see in poll after poll is exactly why we’re now in a situation — for the first time in history — where every major presidential candidate in both parties has pledged to let states set their own marijuana laws without federal interference,” Angell told The Washington Post.

“There just is no downside to legal cannabis sales in the District of Columbia, says Rabbi Jeffrey Kahn, owner of the D.C. medical marijuana dispensary, Takoma Wellness. Bell agrees adding, “bringing marijuana out of the criminal market will have tremendous benefits.”

“It will allow D.C. to reap the tax benefits of having legalized marijuana for adult use, help ensure that access is limited to adults, and create jobs.” Bell says it would also be good for the existing medical program, as the dramatic increase in the size of the market tends to drive down prices, benefiting patients, and existing dispensaries that wish to expand into adult sales will likely have an advantage in entering the new market,” Bell explains.

From a D.C. dispensary’s perspective, Rabbi Kahn sees the potential for more strains, cheaper. “It will be good for everyone, including patients who will see a wider selection of products and lower prices. Each of the four states that has legalized adult sales has done it differently. D.C. must be sure the model it follows enhances, rather than diminishes, the medical marijuana program,” says the Rabbi.

Takoma Wellness Center says they are excited to see what the tax structure would look like in D.C. and hopes to be a part of the adult use program.