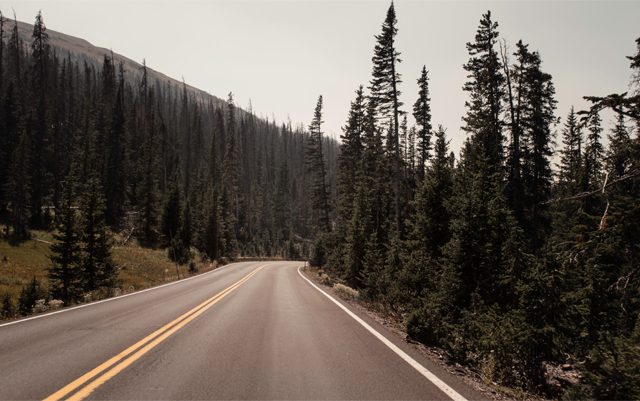 The cannabis industry deals with a number of restrictions and red tape that other businesses never even have to consider. Advertising is one of the many areas where cannabis companies see more pushback than any other industry; even the alcohol and tobacco industries seem to have more leeway in terms of advertising, in many instances.

In Colorado, cannabis businesses are unable to use TV, radio or billboard advertising unless they can be certain that most of the audience seeing the advertisement is 21 or older. This is on top of the numerous issues faced when using social media and digital advertising – due to Facebook, Google and other companies shutting down ads for state-legal marijuana due to federal and international laws and restrictions.

To combat this issue, Colorado cannabis companies have taken a unique approach to getting their names out there. There are currently 51 cannabis dispensaries, cultivators, manufacturers and edible producers that are sponsoring highways through the Clean Colorado program.

The program is officially run through the Colorado Department of Transportation, and sponsoring a highway pays for the clean up for that stretch of roadway. In return, the companies get their logo placed on a sign, often near the exit where the business is located.

“They’re a different kind of signage on the side of the road,” Harsha Gangadharbatla, associate professor of advertising, public relations, and media design at University of Colorado Butler, told the Post. “They tend to stick out a little bit more than billboards. Consumers do pay a little bit more attention to anything that’s novel or different from the formats they’re used to.”

Cannabis businesses make up a total of 66 percent of highways that are actively sponsored in the program and span a total of 198 miles throughout the state. Next to the cannabis industry, other big sponsors include ad agencies, pest control, plumbing and real estate – all of which only make up an additional 13 percent in comparison.

While many are looking at this purely as a workaround for a lack of means to advertise, those businesses that are sponsoring the highways see it as mutually beneficial. Nearly 200 miles of highway are being cleaned thanks to the newly legal industry – and they get a little extra exposure for their company or business as well.

In the future, billboards featuring cannabis companies in Colorado might be more prominent. A 2019 law legalized outdoor advertising in this form if it remains 500 feet from any schools, places of worship or playgrounds. However, they will still be subject to any local restrictions and regulations.

Laws governing the Clean Colorado program and their signs thanking those sponsoring clean highways remain in another section of the state law. Overall, this appears to be a positive form of advertising for the cannabis industry that can benefit everyone.