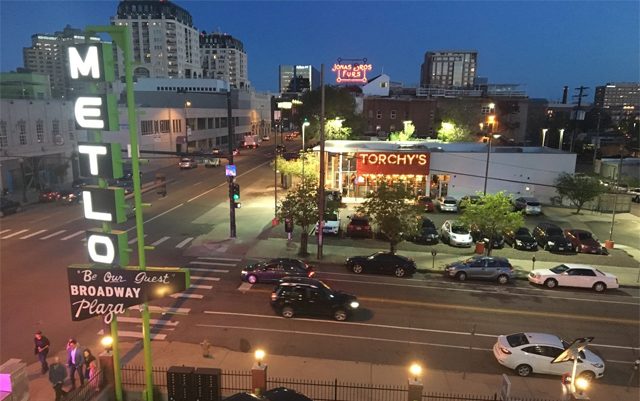 Of all the states with cannabis reform, Colorado remains the leader of the pack as it’s early adaptation of legalization put the state on the map as a go-to destination to see how the emerging industry is shaping up. The advocates, patients, and consumers behind the major marijuana reforms have afforded the Colorado ganjapreneurs the benefit of being ahead of the legal cannabis curve and they are giving back to their community by volunteering to speak at the monthly Millennium Grown VIP cannabis networking event. The event is free for registered attendees and will take place on Wednesday, June 21 at the Metlo in Denver.

“The VIP event gives everyone an opportunity to get up-to-date information from industry experts while enjoying a consumption friendly environment and social setting meant to encourage progress and opportunity in the legal cannabis and hemp industries,” said founder Amy Dawn Bourlon-Hilterbran.

In its inaugural year, the VIP cannabis event is organized by Millennium Grown. The Denver-based event company produces private canna-centric events with the common theme of ending the stigmas associated with cannabis and its medicinal use through education. Millennium Grown is brainchild of medical marijuana advocate Amy Dawn Bourlon-Hilterbran and her husband and co-founder Jason Hilterbran.

Amy is adamant about creating a friendly environment for the VIP event with a few house rules:

The cannabis entrepreneurs chosen to speak for June have navigated the complicated and ever-changing rules surrounding the cannabis plant for years. They are experts in their respective fields and are joining forces with the VIP event to share their cannabis industry knowledge.

Despite the legal hurdles marijuana faces at the federal level as a Schedule I substance, the multi-million dollar legal cannabis industry is set to outpace growth in even the smartphone market. Politico has even referred to it as the ‘pot bubble’ and compared it to the ‘housing bubble’ and ‘tech booms’ of years past.

The so-called ‘pot bubble’ of Denver is full of some of the most forward-thinking leaders on multiple cannabis industry fronts. Front such as  manufacturing, e-commerce, tourism, cultivation, and extraction – just to name a few. Now, the VIP Cannabis event by Millennium Grown is putting them front and center to talk with registered attendees. The monthly event is specifically geared toward making the ‘pot bubble’ more accessible to anyone interested in learning about the market or joining the new era of legalization in America. Here is this month’s speaker lineup:

Treyous Jarrells is a true trailblazer. The former Colorado State University football player left the turf for greener pastures with a medical marijuana cultivation license in Colorado. The star athlete used cannabis to treat the chronic pain he suffered from years of playing the hard-hitting sport. He eventually decided to quit the team on his own terms. “I practiced under the influence,” Jarrells told USA Today. “I played games under the influence. This is my medicine…I’ve seen players at CSU pop five, 10 Ibuprofens before practice. Daily. You think that’s good? Over the course of two, three years, that’s eating your liver away.” He currently owns Real Lyfas, is the CEO of Canna-Doctors Inc., and founder of Motives Made Just 4 Athletes.

Jason Hilterbran is also slated to speak. Jason and his wife, Amy, co-founded the American Medical Refugees Foundation and Millennium Grown – the organization putting on the VIP event.

Bridget Seritt is the author of The Ganga Guide to Autoimmune Diseases and co-founder of the Canna Patient Resource Connection, a pending non-profit group of advocates working to protect patient rights by educating the public on medical marijuana and medical marijuana patients.

Thomas Dermody is the Executive Director of the Denver-based Industrial Hemp Research Foundation. On the heels of the national Hemp History Week campaign, he will speak on industrial hemp and the right for American farmers to grow the agricultural crop.

Dawn Blackman handles marketing for the Colorado marijuana dispensary, Simply Pure. Blackman is also the Director of Legal Shield and works with Cannabis Concierge and Colorado Rocky Mountain High Tours. She will give her insights on the art of marketing legal cannabis and the future of cannabis tourism.

Last but not least, I will be speaking at the VIP cannabis event. With my Master’s in Journalism from the S.I. Newhouse School of Communications at Syracuse University, I’ll be applying my decade of mainstream newsroom experience with CNN, C-SPAN, Congressional Quarterly, and my industry insight from reporting on cannabis for The Hill Rag, Leafly, DOPE, Herb, Ganjapreneur, The Weed Blog, and The Marijuana Times to give my assessment of the new cannabis market and its industry leaders. Specifically, I’ll be diving into the lack of accountability for hateful speech that can run rampant in any new market – especially one that has such deep-seeded roots in the black market. I’ll be speaking to the issues that can arise from a lack of accountability for those in power and how it could lead to the reinforcement of unprofessional stereotypes applied to those who work around legal marijuana.

The VIP event begins at 7:00pm with some mingling in the Metlo suites for about an hour. Then, speakers begin their presentations around 8:30pm on the rooftop. Finally, the evening will conclude with more time to socialize with consumption and entertainment until 11:00pm.

Bringing his expertise in all forms of cannabis consumption, Top Shelf Budtending’s Master Budtender Andrew Mieure will be offering vessels to smoke, vaporize, and dab cannabis products. There will also be a complimentary concentrates bar for ‘dabbing’ as well as some private lounges, which are perfect for getting some one-on-one time with groups of cannabis business owners and investors. For entertainment, DJ Kane will be in charge of the music with special guest Matt Wheatley of Wishdoctor, the high energy rock band from Denver.

Complimentary food and drink will also be available at the private event. Attendees can drink THC or CBD infused coffee and tea compliments of SteepFuze and Stillwater brands. Complimentary for registered ticket holders, cannabis edibles, flower, and concentrates ensure complete compliance with state regulations regarding cannabis consumption and sales.

Bourlon-Hilterbran is also the founder of the Colorado nonprofit American Medical Refugees Foundation and creator of the viral “Talk to the 6630507 Hand” campaign. As Colorado state chair for CannaMoms, Amy also somehow finds time to blog for MassRoots. Tickets for the June 21st VIP event are free and available through Eventbrite.