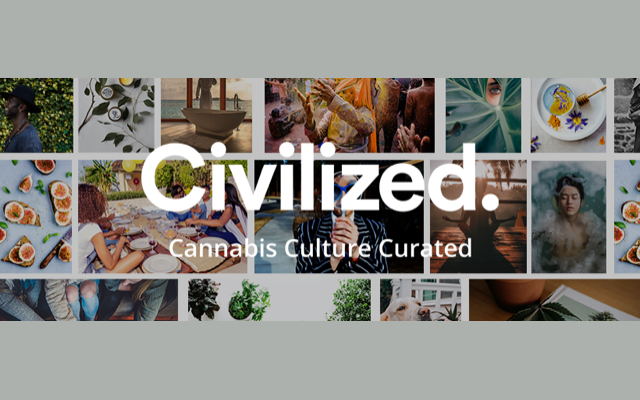 Cannabis lifestyle brand Civilized Worldwide Inc. (“Civilized”) has announced a strategic partnership with social network and microblogging platform Tumblr, to launch the network’s first cannabis industry blog. Kicking off in July, Civilized will be the Cannabis Content Curator of Cannabis.Tumblr.com building out its premium content style and community of contributors, as well as partners, to create a culturally accurate, informative, and entertaining cannabis experience for the Tumblr community.

“Just a few weeks ago we announced our re-launch with a focus on amplifying the voice of the cannabis, hemp and CBD communities. Now, our strategic partnership with Tumblr is an exciting extension of that promise,” said Terri MacDonald Riedle, CEO and Co-Founder of Civilized. “The Tumblr audience is a critical community for our industry, and we are thrilled to directly introduce their membership of millions to broader cannabis culture.”

Based off their key tenets of anonymity, identity, expression and community, Tumblr provides a unique space on the internet for creative storytelling, activism and creators to thrive. The platform’s content first approach has led to a uniquely passionate community.

“We are thrilled to have Civilized bring their content, editorial oversight and industry relationships to the Tumblr community,” said Terry City, Vice President, Brand Partnerships of Tumblr. “Tumblr has empowered many niche communities with category specific blogs ranging from fashion to activism and we look forward to building out a home for the cannabis community alongside Civilized.”

Over the next month, the teams at Tumblr and Civilized will develop the Cannabis.Tumblr.com experience to embrace the community’s demand for the cannabis, hemp and CBD topics. To date the network’s audience accounts for 21 percent of CBD sales in the U.S. according to a 2020 social network analysis from GWI Global1.

“At Civilized we focus on bridging the gap between audiences and industries, we see this partnership with Tumblr as an important omni-channel extension for the cannabis, hemp and CBD communities at large,” said Tricia Vanderslice President and CCO at Civilized. “The team at Tumblr has embraced the importance of providing an inclusive and authentic cannabis community experience in a way that is forward thinking and a sign of progress that has yet to be seen on other social platforms.”