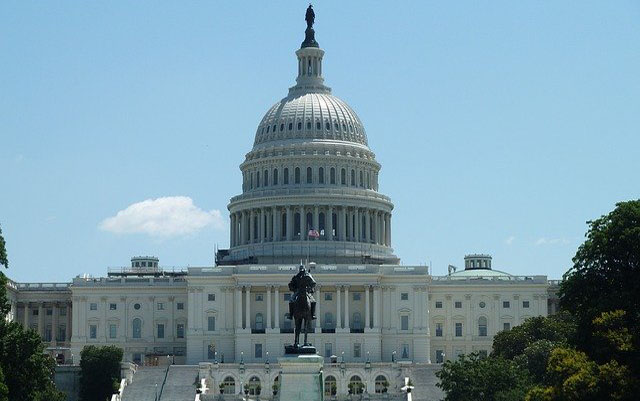 Last week, the House passed an historic bill to decriminalize cannabis at the federal level. Despite growing public and political support for such a measure, the bill has little chance of succeeding in the Senate where Republicans—even those who want to end federal cannabis prohibition—will object to the bill as going too far in other ways. Meanwhile, Democrats don’t support bills favored by Republicans, because they don’t go far enough. Unless the sides compromise, they may end with a situation that satisfies neither – and citizens will remain trapped in the crossfire between conflicting state and federal cannabis laws.

The people themselves have spoken. Most Americans want cannabis legalized, with an even greater portion thinking the choice should be left to states. In the last election, ever single cannabis liberalization measure passed. Even voters in deep-red Mississippi voted to legalize medical marijuana, bringing the total number of states with some form of legal cannabis to 35 plus Washington, D.C. These changes in state law reflect changing public opinion.

Federal lawmakers have been far less accommodating. Despite considering dozens of cannabis-related bills over the years, the House-passed Marijuana Opportunity Reinvestment and Expungement (MORE) is the first to receive a vote by either chamber. Sponsored by Rep. Jerry Nadler (D-NY), the MORE Act would de-schedule cannabis from federal drug laws, allowing the states to decide if and how to regulate the substance. It would also allow legitimate cannabis businesses access to the same rights and federal benefits as other industries and protect cannabis consumers from discrimination or prosecution arising from the federal prohibition. Many Republicans support such efforts.

A competing bill, the Strengthening the Tenth Amendment through Entrusting the States (STATES) Act of 2019, had true bipartisan support. Of the 65 house co-sponsors, 20 were Republicans. Of the 9 co-sponsors in the Senate, 5 were Republicans. But, unlike the MORE Act, though, the STATES Act would neither fully de-schedule cannabis nor take any action to undo the harms caused by cannabis prohibition. This narrow focus is what allowed liberty-minded Republicans to support it and gave the bill a good chance of succeeding in both chambers. It’s  also why Democrats, who favor a broader approach, let the bill stall in the House. Hence, the MORE Act’s success.

In addition to federally decriminalizing cannabis, the MORE Act would establish a process to expunge federal convictions for certain cannabis offenses. It also institutes a 5 percent tax on cannabis products, directing revenue to programs aimed at supporting communities, businesses, and individuals impacted by the drug war. While Republicans may not take issue with record expungement and may even be open to certain action aimed at addressing inequities created by prohibition, they will certainly object to the creation of a new federal tax. For most Republicans, this is a poison pill, making the bill dead on arrival in Senate.

Democrats know this. They also know the incoming Biden administration is unlikely to solve the problem by executive action. Only Congress can resolve the situation and, until they do, individuals and businesses will continue to face threats posed by the opposing state and federal treatment of cannabis. Because cannabis is federally prohibited, small state-authorized cannabis businesses are excluded from many financial and legal services afforded to other industries. For example, because federally regulated banks are reticent to service a federally prohibited industry, most cannabis businesses are forced to rely on cash transactions, making them targets for criminals. These same companies, while paying federal taxes, may not deduct business costs and are excluded from loans offered by the Small Business Administration. Cannabis users, meanwhile, face legal hazards that extend to issues of employment, housing, property rights, firearms purchasing, and civil asset forfeiture even if they buy and use cannabis in states where it is legal. Thanks to the Gun Control Act of 1968, anyone participating in state medical marijuana programs may not legally possess guns or ammunition. Because the federal prohibition bars the Department of Veterans Affairs from prescribe medical marijuana, many veterans who wish to use cannabis for anxiety or PTSD are often forced to obtain it illegally.

A week after the House approved the MORE Act, the Senate—still under Republican control—passed a bill that would loosen rules on cannabis research and clarifies that federal law doesn’t prohibit physicians from discussing the risks and benefits of cannabis use with patients. While obviously very limited in scope, this demonstrates that Republicans are willing to work with their Democratic colleagues on changing federal cannabis laws. But, resolving the problem of federal prohibition will require compromise on both sides.

A bill that perfectly suits one party has virtually no chance of becoming law. But if the parties can work together on a more limited approach, they may be able to settle on something that both can endorse: a measure that fully decriminalizes cannabis at the federal level but leaves questions about taxes and social justice for another day. Such a solution may not be politically “perfect,” but it would restore power to the states and protect citizens caught in the crossfire between federal prohibition and state legalization. And that should be more important to lawmakers than getting exactly what they want.