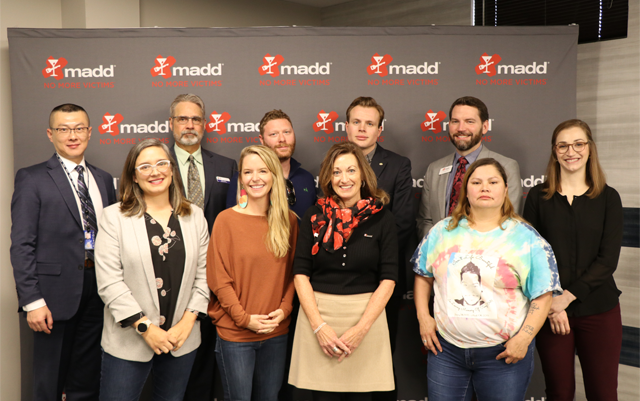 A powerful collaboration between leaders of the cannabis industry, Colorado state agencies, law enforcement and Mothers Against Drunk Driving convened in Denver recently to discuss ways to reduce instances of driving while impaired with cannabis on 4/20 and across the year.

While potential strategies for achieving the goal were diverse, the roundtable discussion’s overriding message was straightforward: Cannabis users must accept personal responsibility for public safety, and skip driving if they are impaired.

“We see 4/20 as an opportunity to educate our customers about planning ahead,” said Liz Zukowski, policy and public affairs manager at Native Roots Cannabis Co., Colorado’s largest independent network of cannabis dispensaries. “Social responsibility is important in the cannabis community. We have a big spotlight on us in Colorado. We work hard to do everything right, and believe this partnership will build on strong momentum. We all reach different populations. By partnering together, we can reach even more people, and offer a trusted message.”

It is notable that the cannabis industry, which fielded several people on Tuesday’s panel, is working closely with Mothers Against Drunk Driving (MADD). The 42-year-old non-profit got its start as a response to the serious issue of drunk driving. Over the years, the alcohol industry has rarely collaborated with MADD. The cannabis industry, meanwhile, began working with the organization in 2014 shortly after Colorado kicked-off the legalization of recreational sales in the United States. Today, 18 states permit recreational sales and a total of 38 states allow recreational and/or medical cannabis sales.

During the roundtable discussion, Fran Lanzer, the state executive director for MADD Colorado, said that when COVID-19 first struck, removing a high volume of cars from Colorado’s streets, he wondered if a silver lining would be reduced cases of impaired driving. Instead, deadly cases have continually risen during the pandemic, up from 176 lives lost in 2020 to 255 last year.

One significant factor in the rise of deaths was not expected: reduced traffic, said Skyler McKinley, regional director for public affairs for AAA Colorado.

“What slows traffic down is traffic. With less traffic, you have more high-risk driving on the roads,” he said. “Young male drivers drove more during the pandemic. We have a selfish driving problem. Speeding. Driving impaired. How can we think about this problem as a collective?”

And some of the most high-risk drivers devoted some of their pandemic time to street racing, leading to more dangerous crashes. Many arrested street racers test positive for alcohol and/or drugs, said Denver Police Department Sergeant Alan Ma. He did not offer data specific to cannabis.

Roundtable participants agreed that messaging, rather than policy, will create the change needed to persuade people to reject getting behind the wheel when they are high. Drivers caught driving while under the influence of cannabis already face the same punishing laws that confront drunk drivers. Penalties include suspended licenses, up to 96 hours of community service, 2 years probation, alcohol and drug classes and fees that average more than $13,000.

“Policy is necessary but never sufficient. We must rely on private industry to help its customers build a culture of cannabis responsibility,” said Courtney Mathis, chief executive officer of the nonprofit Cannabis Doing Good, a consulting and education platform that works to support racial equity, sustainability and community building within the cannabis industry. “We’re not going to wait on legislation or some trade group. We are going to mandate it, and show up at the table and start building a message of responsibility and community care that we can uphold, and that will help keep each other accountable. That’s where power lives.”

The company distributes educational materials for consumers and dispensary teams, for example, and stresses the importance of sober driving. With edibles, it is important to “start low and go slow,” she said, as every person responds differently to edibles.

“It’s important to have a clear message on prevention,” she said. “You can plan for transportation options (such as rideshare choices). You can stay home. Find a sober driver. We have to be unified to make a difference and prevent what is a preventable tragedy.”

Zukowki also shared that the United States Cannabis Council, which includes Native Roots as an active member, this week created a “Responsibility Committee” to guide the Council’s engagement around issues like marketing, responsible consumption and impaired driving. Native Roots immediately volunteered to become a member of the committee.

Lanzer with MADD acknowledged that marijuana and alcohol bring about different effects in consumers. But both lead to impaired driving and more dangerous roads.

“With alcohol, there is this idea that you can have like one or two drinks and drive, but the fact is you shouldn’t have one drink and drive,” said Lanzer. “You shouldn’t have an edible either. The data is clear. It’s never OK. If you consume something, don’t drive.”