Painkiller overdoses, especially those relating to the use of opioids, are on the rise and becoming more of a problem every day. In fact, the number of deaths from prescription opioid pain relievers in the U.S. has gone from less than 10,000 in 2002 to over 20,000 in 2015. Beyond the damage done by the pills themselves, misuse of these painkillers often leads people down the road to heroin. Consider this data from the American Society of Addiction Medicine:

In other words, when the pill supply dries up or becomes ineffective for whatever reason, heroin is turned to because it’s the only thing that brings about the same effect and quells the withdrawal symptoms. I’ve seen it happen to people I know, including one who is currently serving a prison term for selling heroin to get the money to support her habit, after she started off on opioid painkillers to help her back pain; this is a person who threw away a six-figure salary and a bright future to feed her addiction.

In fact, most people you talk to would agree that prescription painkillers are a problem. So the question becomes: what can be done about it?

Late last year, large bipartisan majorities in the U.S. House and Senate passed the 21st Century Cures Act. Part of that law will direct some $1 billion over 2 years to programs that hope to address the issue of opioid use, including the expansion of treatment options and the use of drugs like Suboxone and Vivitrol, which are supposed to curb the worst of opioid addiction symptoms.

It remains to be seen how much this money or other prescription drugs will help, but there is something that is already helping with the problem. However, it’s unlikely to receive any federal funding just yet.

Opioid Overdoses Down in States with Medical Marijuana Laws

Not only have states with medical marijuana programs seen a 25% decrease in opioid-related overdoses, but Medicare costs for prescription painkillers have seen a significant drop as well in those same states. Could it be that some people are substituting cannabis for their prescription pain pills?

Further studies will show just how effective cannabis is when combating pain and how much it helps people trying to get off of prescription painkillers. For now, we have the statistics and the anecdotal evidence of an impossible-to-count number of people who use cannabis to treat their pain. 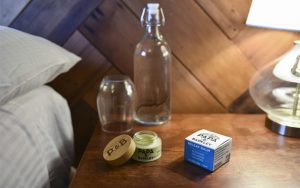 While many people ingest marijuana via smoke, vapor or edible to treat their pain, more and more people are turning to topical cannabis ointments, patches, lotions and the like for relief.

In fact, there is a company called Papa & Barkley in California that specializes in topical solutions and vape oils for those who want to use cannabis to ease their pain. We spoke with CEO Adam Grossman to learn more about this encouraging and life-saving phenomenon.

Papa & Barkley’s balms, patches, soaks and massage oils contain a proprietary 3:1 THC to CBD ratio, or “Right Ratio”, which they have found provides better results than CBD alone in that the THC “activates” the CBD, making it easier for the body to absorb. “Watching my father’s rehabilitation from hospice as a result of our balm was the impetus for starting Papa & Barkley. After being put on hospice due to immobilizing back pain, I started mixing batches of Releaf Balm and applying it to his back daily. Within days, mobility returned and within months he was taken off of hospice. This experience empowered the creation of Papa & Barkley as being founded by caring for the ones we love.“ 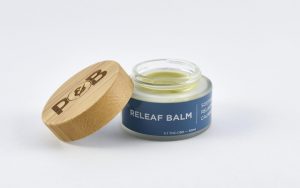 Similarly, Boris Shcharansky, COO, shared his experience with adding THC to CBD treatments. “I was working in Iowa where laws are very onerous when it comes to CBD use. It was only available for intractable epilepsy. Although we had amazing results in reducing seizures, the lack of THC as a trigger for CBD’s effectiveness was preventing the science from truly working. Basically, children were finding relief, but in some cases CBD would cause increases in aggressive behavior without THC being titrated in.” The 3:1 “Right Ratio” that P&B now leverages was arrived at after a great deal of trial and error and a survey of clinical studies completed in Israel.

Are Cannabis Entrepreneurs the Last Hope?

While the federal government flails and throws money at the problem, it is people like Boris who are actually out there providing real solutions to people. P&B spends a lot of time handing out free samples to people so that they can see first-hand how well the topical products work. The feedback they get shows that many people are looking to solve the problems created by the pills they were prescribed for their pain. 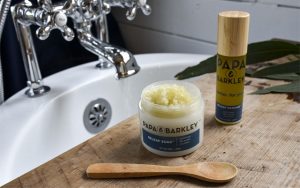 Until the federal government falls into step, it will be left to companies like Papa & Barkley, and all the other people investing their time and money in the cannabis industry, to help quell the epidemic of opioid painkiller addiction. That seems like a lot of pressure to put on one industry, but it’s an industry that has proven it can get the job done where no one else has. And when you’re working with a product like cannabis, a plant that has been shown to provide pain relief for tens of millions of people for thousands of years, the job of helping people heal becomes a real passion play.