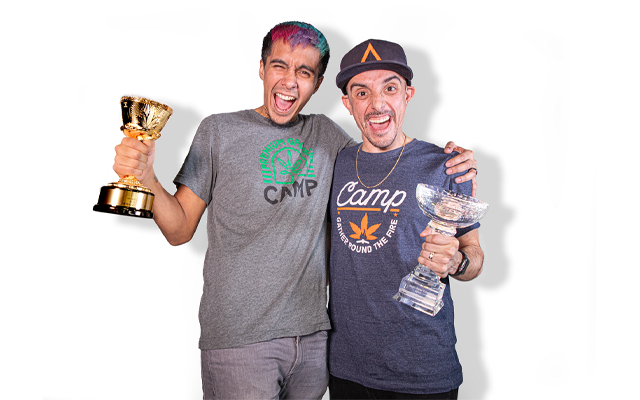 This year’s event will be High Times’ first competition to open its judging process to members of the public through exclusive kit drops from participating retailers. The event will see the largest pool of judges in Cannabis Cup’s history. The awards showcase has traditionally recruited up to 35 expert judges to rank submissions, and has now pivoted into crowdsourcing its judges, offering 224 kits per category to consumers ages 21+ in state-wide competitions across the country.

“As the 2019 Cannabis Cup winners for CAMP’s Animal Face solventless cartridge, we are honored to be the presenting sponsor,” said CAMP’s director of production, Aaron Nino. “These awards are a fantastic opportunity for the public to choose which products they’d like to see win, and we’re looking forward to celebrating the phenomenal products and brands in our state.”

Since its debut in April 2019, CAMP has produced Nevada’s first solventless products. It now boasts a collection of live rosin, flower rosin, and ice-water hash rosin. As concentrates become more popular, CAMP rises to the occasion with handpicked, hand-trimmed and terpene-rich products. Known for its unique extraction process, CAMP’s solventless collection are extracted using only pressure and heat to create the most natural, best tasting 100% solventless rosin. CAMP’s solventless collection features strains that have been carefully selected and extracted without the use of solvents, creating an authentic flavor and clean experience. CAMP now extracts using only ice, water, heat, and pressure and has added hash rosin and live rosin to their lineup.

Founded in Amsterdam in 1988 by former High Times editor Steve Hager, the Cannabis Cup has evolved into a globally recognized championship of the best cannabis products in the world. A blind competition judged by citizens who can legally purchase cannabis, the competition ranks entries as measured by the public’s votes, and crowns the top three products per category, with the top spot earning the coveted Cannabis Cup trophy. In addition to Nevada, other states involved in this year’s event include Oklahoma, Arizona, Northern California, Massachusetts and Illinois. More information for each state can be found at https://www.cannabiscup.com/.