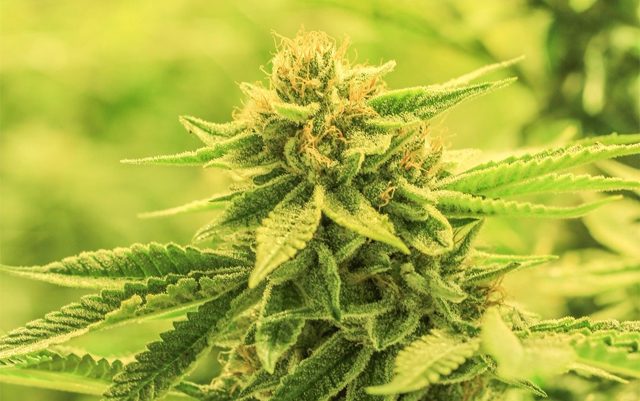 Weed is great for a lot of things, including getting high. But it’s more complex than that.

The past few decades have given us a sort of miniature revolution in medicine, with scientists and physicians exploring avenues that were previously condemned as dangerous and ineffective. Much to the surprise of many, some of these substances were shown to have numerous medical benefits and few major side effects.

Perhaps the most noteworthy of these substances is marijuana. Known by a thousand nicknames, marijuana comes from the cannabis plant.

While you may know many of these nicknames, there’s a lot about this remarkable plant that most people likely don’t know. We’ll talk about just a few of these interesting facts about weed in the paragraphs below.

1. Marijuana is Related to Beer

The hops that are involved in the brewing of beer come from a flowering plant that is in the same family as cannabis. This is a recent discovery, as far as botany goes. The whole story is complex, confusing, and full of scientific jargon, so we’ll sum things up as best we can.

Scientists believed for some time that the two were related on some level, on the grounds that they looked similar and, owing to something called terpenes, gave off a similar smell. However, they were first classified as being within the same order and no more.

It wasn’t until the 1990s that further research showed the plants to be closer. In fact, biological data showed them to be in the same family instead of just the same order.

Dr. James Munch once stated under oath that he had tried two puffs of marijuana and promptly became a bat, settled himself into an inkwell and stayed there for 200 years.

There’s not much else to say about this, except that whatever that guy was smoking probably wasn’t weed. Also, any substance that can give you the power of shapeshifting and extend your life by a century should not be illegal.

3. Marijuana May Be From Asia.

Keep in mind that there’s no definitive proof for this. But, it has been shown that various peoples of Asia were already using the plant for medicine 2500 years ago, and were decorating with hemp 10,000 years ago.

The notion of using CBD, a chemical derived from marijuana, on cats might be a recent one, on the other hand. Stranger still is that it seems to work. You can find more info on that here.

The plant didn’t reach the Americas until colonists brought it over from Europe.

4. The Name ‘Marijuana’ was Invented by an American

The Spanish-sounding name ‘marijuana’ was coined by an American named Harry Anslinger. One of the more interesting facts about weed is that it’s only been illegal for about 100 years. This is all because of Anslinger.

Anslinger headed the Federal Bureau of Narcotics and launched the one-man campaign that made cannabis illegal. The biggest reason for this is because he was a racist who didn’t like the increased confidence and lowered inhibitions it was giving to people of color when they smoked it.

He created the name ‘marijuana’ to fuel resentment of the substance based on the already widespread resentment of Hispanic immigrants. Between racism and delusional bat-people, it seems safe to say that the government would let just about anyone contribute to its anti-narcotics campaign back in the day.

There are countless interesting facts about weed – ranging from the hilarious to the dark and twisted. We’ve listed only a few in this article, but there are plenty of others out there. We encourage you to do more research on your own if you’re interested.

The Ban on Cannabis Research