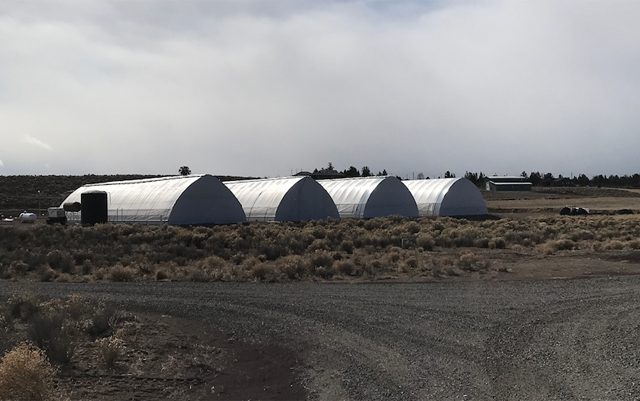 BEND, OREGON – The city of Bend in Deschutes County, and the entire region of Central Oregon, is seeing its next big economic boom. Economic booms are nothing new to Bend. The community has seen many changes over the years as the economy has evolved from timber, real estate development, healthcare, food and craft beer. Today they are seeing a new industry emerge; an industry that is growing faster than any other. This particular industry is employing thousands of people, as well as providing over a million dollars in combined tax revenues to the city and county. Central Oregon’s new economic boom is coming from the legal cannabis industry.

I had the pleasure of visiting this beautiful part of Oregon and this is my take.

Bend, Oregon is a family-oriented, predominantly white community sitting on ancient volcanic rock in the high desert of Central Oregon. To the west sit the Cascade Mountains. These peaks provide world class powder skiing in the winter and some of the best downhill mountain biking during the summer. It is a fast growing city, known for its good schools, clean water and safe neighborhoods.

The city of Bend straddles the mighty Deschutes river and it is the economic hub of Deschutes county. The city of Bend leans to the left politically, and the rest of the surrounding cities and rural areas lean right. In 2014 the citizens of Deschutes County voted in favor of permitting legal cannabis with the required 55% majority.

Bend has a thriving seasonal tourist economy. People come from all over the state and region to tube down the river, enjoy water sports in the many mountain lakes, ride some of the best trails and drink some of the world’s best craft beer.

The city of Bend truly is an epicenter for craft beer. With over 20 craft breweries spanning the city limits, Bend offers its community and visitors fantastic food, beverages and hospitality. One of the country’s leading craft breweries, Deschutes Brewery, sits in the center of town and is a landmark for craft beer connoisseurs. To sum it up, everything about this town is centered around freedom, recreation and togetherness. 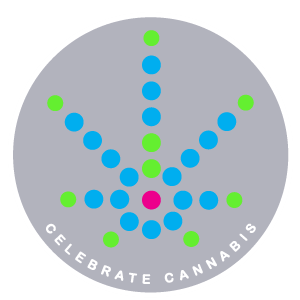 In the spirit of this ethos, a group of cannabis businesses owners and local leaders have come together to better support the growth of this community.

Celebrate Cannabis is an energized group of Central Oregon cannabis industry leaders lending a voice to the legal cannabis community, educating the public about cannabis and shining a light on the positive impact this industry is having in the area.

“We are coming together in support of our legal and regulated industry through cooperation with law enforcement and the OLCC and education of public and private sectors. Our group’s focus is on education, regulation, collaboration and, of course, celebration,” said organizer Judy Campbell.

“1 in 5 people in this town, at any given time, is a visitor. We want to give these people and our locals all the education and tools they need to safely enjoy legal cannabis,” said Jennifer Clifton of Clifton Cannabis Law, LLC. “We are here to support each other. This industry is no different than any other. From our local law enforcement to our schools, this industry is going to make a difference in this community.” 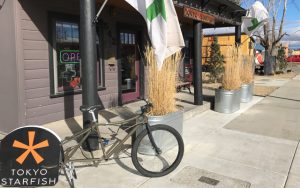 One of the challenges the industry faces in the community is the lack of cannabis-friendly lodging. We met up with the staff from the Tokyo Starfish dispensary to learn more. Gary Bracelin, one of the owners of the two Tokyo Starfish retail shops as well as Bend’s first cannabis Bud-and-Breakfast said, “We renovated the apartment above our westside location and rent it out to visitors who want to partake in privacy. The Bud-and-Breakfast is just another fun way for our brand to engage with our customers, and for the customers to immerse themselves in the full Bend cultural experience – with craft breweries, the amphitheater and its concerts and the whitewater park all in biking distance.”

The staff at the retail shops was very knowledgeable and friendly, and the environment was incredibly inviting and positive.

From the retail perspective, Bend has twenty operating retail shops with several more permits waiting to be approved. Many of these shops are vertically integrated and sell their own flower, edibles and concentrates. Tokyo Starfish had just received its wholesale license while I was there. This will now allow the store to sell Central Oregon flower all over the state. 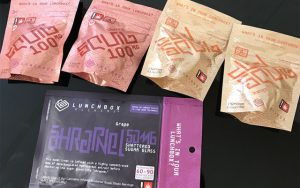 One product that has made its mark across Oregon and was born in Bend is the Squib. These award-winning soft chews, produced by the team at Lunchbox Alchemy, allow the customer to enjoy THC and CBD in a consistent, reliable dose by sectioning the disk into slices.

We met with the team from Lunchbox Alchemy, who had been surviving the winter working out of a construction trailer on the grounds of their brand new, state-of-the-art manufacturing facility in Bend. “No red tape or regulatory roadblock can stop this kind of momentum,” described CEO of Lunchbox, Burl Bryson. “We have survived a grueling process to get every aspect of this building to be the most functional and state-of-the-art cannabis manufacturing facility in the world.”

Lunchbox Alchemy and Tokyo Starfish are not the only operations who are growing and scaling up. We visited a beverage operation called Magic Number. These hand-crafted cannabis-infused sodas offer the customer the opportunity to consume their dose via a creative label and formulation. Sold in 25mg, 10mg and 3mg bottles in several different flavors, you can accurately measure your intake by looking at the side of the bottle where a nifty label shows how many ounces you have had. 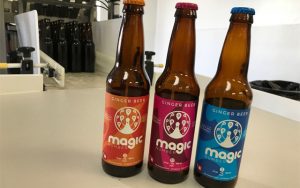 “Bend is a beverage town, with some of the best water and brewers in the world. We wanted to bring that culture to cannabis. Magic Number is craft brewed cannabis.” Explained co-founder Alex Berger.

With a strong brewing community and drinking culture in Bend, it is easy to see how fast this company will take off in the coming months. Who would not want to float down the river drinking an ice cold, hand-crafted Magic Number ginger beer?

As we toured around, I was delighted to hear how many companies were focused on being vertically integrated as well as sustainably focused. I asked a lot of people what cannabis company Bend was most known for. Time and again I kept hearing the same answer: Oregrown.

Oregrown, one of the premier cannabis businesses in the state, has transformed a rural property – once a pumice mine and later a dilapidated goat farm on EFU land outside of town – into a thriving, sustainable fully integrated cannabis compound. Their attention to detail, innovative thought processes and ability to use the land to its full potential separates them from the rest.

Their farm grows award-winning, organic sun-grown and indoor cannabis, as well as houses its own cutting-edge manufacturing facility. Their brand is well thought out, clean and synonymous with the Central Oregon lifestyle. Their apparel line alone is a major business in itself, and their retail space vision, which focuses on the customer experience, rivals all the major players in Colorado and Northern California.

“The land and all the surrounding properties legally must be used for farming. This is a long tradition in Oregon and we feel we are the prefect example of how a group of people can take a piece of land that was dilapidated and transform it into a sustainable farm that adds value to the community,” said Co-founder Aviv.

Even with all the growth and community support, there are a few neighbors and county officials who are vocally not in favor of this economic boom. The Deschutes County Sheriff recently made comments in a public meeting urging the county commision to ban all further granting of permits on the basis that marijuana is federally illegal and it could harm property values and livability in rural parts of the county.

Sheriff Nelson was quoted in a recent article in The Bulletin as saying, “It frustrates me, because it’s against the law,” Nelson said. “The fact that I’m spending time on something that’s against the law blows my mind.”

Rural landowners have gone grassroots and started campaigning against the legal use of EFU land for the cultivation of marijuana and have even formed an organization called Preserve Deschutes County. The website backs up its mission on claims that legal marijuana operations put the community at risk by negatively impacting the environment, increasing crime and lowering property values.

The website stops short of backing up their claims with any sort of substantial proof. In case you were wondering what the real facts are, below is a list of facts that showcase the state of Deschutes County since Marijuana was legalized by its citizens.

Every Beer Brewed in Deschutes County Uses 7 Gallons of Water

Property Values in Deschutes County have Grown 5.2% Percent in 12 Months

“Anyone who lives in this area knows the truth. Property values have never been higher, farms have never been run more responsibly in regards to the environment, and our town has never been safer. Everything is booming right now, and we have absolutely no time or energy to waste on a small group of naysayers who don’t want us using our EFU land for farming,” stated Hunter Neubauer.

Celebrate Cannabis will begin working directly with law enforcement to give them the knowledge and tools they need to better address the illegal and non-compliant operators, as well as to help to remove the bad actors once and for all. The organization will directly coordinate educational opportunities for law enforcement, community members and visitors to understand the truth about the state of the region when it comes to compliance, the quality of the water, the safety of its kids and the livability of the land.

If I could sum up what I observed while I was in Bend with one word, it would be: growth. I was astonished by the amount of construction and new developments you see in every direction, both residential and commercial. The downtown areas were bustling, every single bar and restaurant was full and scenery was gorgeous.

If it is true that 1 in 5 people in the city of Bend at any given time is from out of town, then I will gladly continue to be a part of that statistic. For those couple of folks who want cannabis out of Deschutes County, you have another thing coming. There is no place in Bend for fear mongering. This community is not afraid of anything, let alone economic growth. There are new sheriffs in town. We have seen this kind of opposition in many rural areas in Colorado and now California. Real change comes as the positive energy of the city, and the economic momentum just washes out all the noise.

Bend and its community have a long history of seeding entire industries and building them into something incredibly successful. The water that made Bend the epicenter for logging, tourism and craft beer is also the same water that is being used to grow these special plants that are in turn is transforming this emerging legal cannabis market into a dominant force.

If momentum, character, intelligence, passion, location, timing, resources and drive are any indicator for success, then this small former timber town in Central Oregon is about to change the world, again.