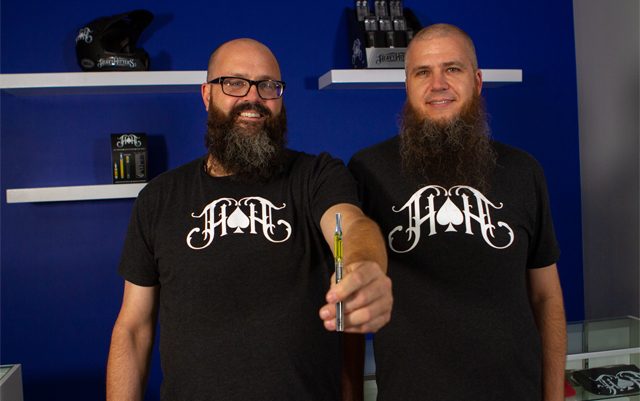 One of the great things about legalization – and there are many – is that it allows talented people who had previously been considered criminals to come out from the shadows and share their gifts with the world.

This is especially true of cannabis growers. In another time and place they would have been praised for their abilities to grow life-saving and quality-of-life-giving medicine. And thanks to the work of legalization advocates all over the U.S., this country is becoming more and more like that place in time.

A perfect example of this is the Beard Bros. Jeff and Bill came from the underground where they honed their skills in a world where the government labeled them as criminals for growing a plant. But legalization has allowed them to step out of the shadows and finally show the world what they can do.

For the past several years, they have been doing just that. Now, they are collaborating with the folks at Heavy Hitters for a product of the highest quality, Extreme Cream concentrate cartridges. 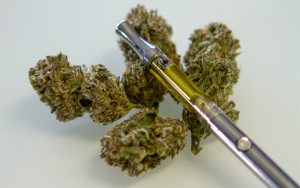 “Extreme Cream is a pungent cross between Extreme OG and Cookies & Cream,” it says on the Beard Bros Pharms website. “This strain develops deep purple colas dusted with trichomes and emits a strong, earthy aroma that is creamy on the nose and very smooth on the palate. Expect traditional indica effects alongside heady euphoria, appetite stimulation, and couch lock.”

The collaboration with Heavy Hitters began when a medical marijuana collective in California approached HH in hopes of making a cartridge of Extreme Cream after the flower version started flying off the shelves, Bill told The Marijuana Times. “So they [Heavy Hitters] reached out to us, and that’s where the collaboration started,” he said.

“They have matched the flavor almost identically,” Bill said of Heavy Hitters’ efforts with the Extreme Cream cartridge, “which is really important when you’re trying to convert over from a flower to a cartridge.”

Although the Bros were tight-lipped about future products and collaborations, we can hope that more is coming in the future from these very talented people who no longer have to hide the gift they have; they can now share it with those who need it most.

If you’re in California and are interested in finding locations that carry Heavy Hitters products, click here.