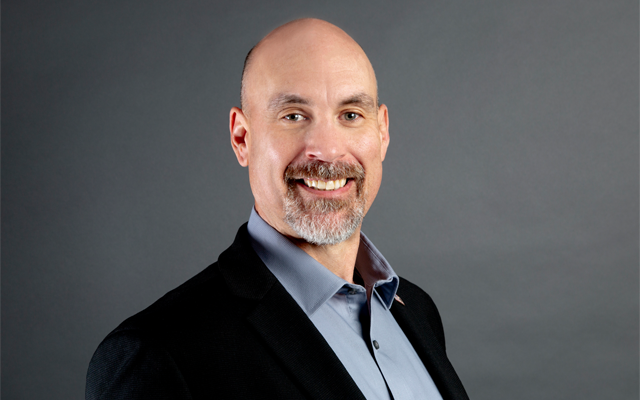 Cannabis banking has been a tricky topic to tackle in recent years. Although many financial institutions refuse to do business with the high-risk industry, the truth, according to Ryan Hale, co-founder and Chief Sales Officer of Operational Security Solutions (OSS), is that “cannabis banking has been allowed since February 2014.” That was when the Financial Crimes Enforcement Network, or FINCEN, published their guidance on how credit unions and state-chartered banks could work with the emerging industry.

Hale speaks with confidence because, in 2020 alone, OSS helped their cannabis clients secure cash pickups, process, and deposit their proceeds. In all, Hale’s team at OSS assisted in moving over 1.6 billion dollars into nearly a dozen financial institutions in the state of California, legally. Now the company is expanding its reach to the East coast market in hopes to bring proven banking and security solutions to the newly emerging segment.

“Banking is legal, as long as you follow the rules,” Hale explained. “None of our protected clients or family of customers experienced any disruptions of their account services, and every cent was accounted for.”

The Current State of the Safe Banking Act

HR 1996, or the Safe Banking Act, was passed by the House of Representatives on April 19th – for a second time. However, despite having support from a bipartisan group of legislators in the house, there is still concern that the Senate will vote down the bill once again.

Hale elaborated, “Sure, it was a momentous event for the industry, but just four days later, Senator Sherrod Brown (D-OH), the current chair of the Banking, Housing and Urban Affairs Committee, doesn’t plan to consider it anytime soon.”

Although Hale admits that it stands a better chance under a Democratic-led Senate, he also understands that the pandemic efforts are rightfully taking priority. So while there’s no timeframe on when the bill will be introduced, Hale said, “The Senate Majority Leader, Chuck Schumer (D-NY), needs to bring it to the floor to be debated, and that’s when the real fun and games are going to begin.”

The Main Point of Contention

In discussing the challenges the Safe Banking Act faces in the Senate, Hale quickly clarifies that he doesn’t believe that anyone is “absolutely against” allowing banking for the cannabis industry. Instead, the primary concern is that the bill only addresses a symptom and not the core problem.

In further explanation, Hale recalled that House Representative Patrick McHenry (R-NC-10) highlighted his primary concern revolves around legalizing banking for a substance still on the Schedule I list. He believes Congress should address the legality of cannabis instead of building a workaround.

“With the majority of states having legalized cannabis in some form, he’s highlighting the concern that the federal government is going to have to address this at some point,” Hale clarified.

The current Chairman of the Senate Banking Committee, Mike Crapo (R-ID), hasn’t called any meetings regarding the Safe Banking bill and reportedly is against the proposal until it’s modified to include terms or conditions logical for the growth of the cannabis industry.

“This seems to be one of the biggest barriers to the Safe Banking Act,” Hale concluded.

Optimistic about the future, Hale noted, “We have the MORE Act, the Safe Banking Act, and nearly 47 states working on some form of legalization, with seven new markets opening just within the last nine months.”

Although the current administration isn’t making cannabis legalization a priority, they have confirmed that they won’t allocate any Department of Justice resources to marijuana enforcement action in a state where it is legal. “Unless, of course, it involves anti-money laundering or Bank Secrecy Act issues inside the industry.”

Like many in the industry, Hale believes, “At the end of the day, the federal government is going to take some action to take [cannabis] off the Schedule I list and leave it to the states to determine how they set up cannabis licensing, business operations and banking programs.”

Legalization Won’t be a Magic Wand

We can surmise that some form of federal legalization is likely to happen within months rather than years. However, it’s also safe to assume that despite removing cannabis from the Schedule I list of narcotics and decriminalizing cannabis nationwide, accessibility and acceptance in all regions are still decades away.

Just as states have flexed their authority to legalize cannabis before federal laws change, other states may continue to resist even after they do. Currently, Idaho (House Bill 108 referred to committee), Wyoming (house Bill 209 passed March), Kansas (medical program passed house), Alabama (Senate Bill 46, passed) , South Carolina (limited Medical MJ program), Tennessee (limited Medical MJ program) have some form of Medical Marijuana legalization bill that has been entered into either their House or Senate legislative bodies. It is possible, by the end of 2024, that every State will have enacted some form of Medical Marijuana legalization.

Even in well-established states such as California and Colorado, local cities and counties ultimately decide whether to allow cannabis-based businesses and set the rules regarding those businesses. However, Hale mentioned that after the 2020 pandemic, “many cities and counties are changing their opinions on allowing cannabis operations because they’ve seen the value of the tax revenue” from neighboring communities.

“I can’t say it’s fully recession-proof, but the cannabis industry seemed to fare better during these times than many other industries in our economy,” Hale offered.

Without a doubt, the winds of change are blowing for the cannabis industry, but likely not as quickly as we’d hoped. “Regardless of the changes at a federal level,” Hale emphasized, “banking services are available today to those marijuana-related businesses who operate under a legal license in their state and local community.”

In the meantime, Hale suggested, “our industry needs to ensure that we are working as transparently as possible at the community and state level, as well as with our peers to have the collaborative conversations to ensure regulations are rolled out correctly.”

He then finalized, “The future is very exciting for the cannabis industry, and we’re absolutely ecstatic to be able to help participate in the growth of the East Coast Market.”