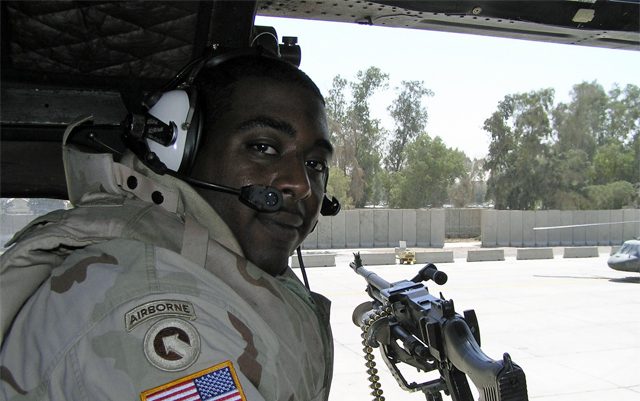 Leo Bridgewater Sr. is an influential force in New Jersey’s cannabis legislation. While his presence alone can captivate a room, it’s his experience and words that are the driving forces.

After serving three tours of duty in the Army, Bridgewater went on to work in Washington D.C. as a Defense Department contractor in both Afghanistan and Iraq. Around 2015, Bridgewater was back home with his family in Trenton. He was attending school through the G.I. Bill and working for a dispensary, Breakwater, in nearby Cranbury. Yet, Bridgewater began to notice troubles with his sleep and anger – his first signs of PTSD.

Around the same time, his Army friends were dealing with similar struggles. A few attempted suicide. Some were successful in their attempts. Thankfully, Bridgewater was able to talk a friend down. After that, Bridgewater became aware of PTSD’s omission from the state’s qualifying conditions for medical cannabis.

This began his fight to create change. “Rather than continue to keep asking for permissions [to get PTSD added], I just did it.” His efforts include speaking before lawmakers at sessions, advocating on the state and federal levels and being a fixture in the New Jersey/New York cannabis community – with efforts reaching further out as well.

In the years since, Bridgewater has seen himself on what he considers a natural evolution. He called the last few years “one big civics lesson.” These lessons, he mentioned, come from first-hand work on the State House and federal floor. “You start testifying in committee. You use your basic civil rights of voting and addressing your lawmakers. It was through that I realized the biggest problems we had.”

Bridgewater went on to note several problem areas that exist in New Jersey and beyond. They include access to capital for women and minorities. However, when concerning minorities, Bridgewater believes the fight starts elsewhere. He explained that “…it starts with the social justice aspect as this industry was built on the backs of people that look like me.”

Despite people of color facing disproportionate arrests and discrimination, Bridgewater did not find opposition when speaking to lawmakers. He credited this to his military background. “The veteran status transcends race,” he points out. He said that this transcendence is part of why America has a great military, noting that even racist people he met through the military have gone to bat for him over his veteran status.

This sort of respect continues to lawmakers. However, while they are open to a veteran like Bridgewater, they aren’t always open to cannabis reform. This situation has allowed Bridgewater to draw the comparison of certain topics and lawmakers as the progressive Jetsons. Meanwhile, the other side takes on a more Flintstones, older-era stance. He adds, “Cannabis can be a Jetson subject. Meaning, it’s too advanced for this particular group right off the bat.”

While the moniker may be humorous, it isn’t a dismissal of the group for people like Bridgewater. Instead, he sees an opportunity for engagement. Here is where his veteran status comes into play once again. “When I’m inside the State House or the Capitol in D.C., they talk to me different than they talk to you,” he said. He elaborates, “That’s the secret. It’s just different the way they talk to [veterans].” Bridgewater believes that lawmakers appear open to listening to him and other veterans due to the public seeming to trust the opinion of a veteran over a lawmaker in today’s climate.

He says that the Flintstones vs. Jetsons scenario has never been more evident than with New Jersey inching closer and closer to adult-use legalization. “To be caught up in between two powerhouse egos is an interesting time.” Despite the back and forth, Bridgewater believes that the state will get the bill through by the first quarter of 2019.

However, Bridgewater and others continue to push for change in the proposed legislation. One issue in particular centers around New Jersey’s criminal justice reform. Currently, the state is proposing an automatic expungement of records where drug arrests consisted of an ounce or less. Bridgewater believes that this sum is inaccurate and could drive away influential voices in the black community. “We can’t afford as a state to get this part messed up.” he explains. “This is the one thing that brings the black pastors back to the table.”

Bridgewater clarified his thoughts by painting a pre- and post-legalization picture that continues to cut out communities of color. He summarized his and others dissatisfaction with the current measure. “What you’re saying to me is that you’re gonna keep the guy who looks like me in jail for moving a lot of weight back in the day, making hundreds of thousands of dollars, and keep him locked up.” He added, “Then you’re going to bring the guy who doesn’t look like me into my neighborhood to move hundreds of pounds of weight and make millions of dollars. That’s a problem.”

He noted that this is an issue urban mayors in the state have had to address during the discussions. With a number of states falling short on improvement in racial disparity arrests and economic distribution, New Jersey should learn from these mistakes and start off on the right foot with a proper rule in place.

Despite the current situation, Bridgewater noted that the law could change as lawmakers were caucusing at the time of our interview. “Legislative bills can always be changed,” Bridgewater explained.

Once the bill passes, Bridgewater would like to see New Jersey focus on the creation of a college dedicated to hemp and cannabis. He notes the opportunity in the sector, as well as the potentially overwhelming amount of information needed to enter the space. However, you won’t see him stepping up to lead the charge on this matter. “It’s not my lane. I’m not an educator,” he said.

Instead, Bridgewater plans to focus on the two paths that got him to where his is today: advocacy and business. “Through the advocacy, the business actually revealed itself,” he noted. Going forward, his efforts will include focusing on a 50,000-square-foot space in New Jersey for cannabis extraction and processing. Meanwhile, he will continue to advocate as a driving force behind the New Jersey and New York installments of the monthly cannabis meetup, CannaGather. In addition to the two events, Bridgewater is helping expand the brand to Philadelphia, Washington, D.C., Miami, Los Angeles and Atlanta.

While Bridgewater is excellent at winning people over on cannabis, he’s past that portion of the work. “If you are someone who still needs to be convinced you should be [getting involved], I’m not the one you should be talking to. That’s a couple of train stops ago,” he said, before letting out a small chuckle. However, he stressed that this is not an arrogant stance or seeing the work beneath him. It’s just that there is so much to get ready for in New Jersey and further. He explained his stance as, “This urgency. The time is imminent. Which means, it’s about to go down.”

Be sure to look out for Leo Bridgewater whenever it does.