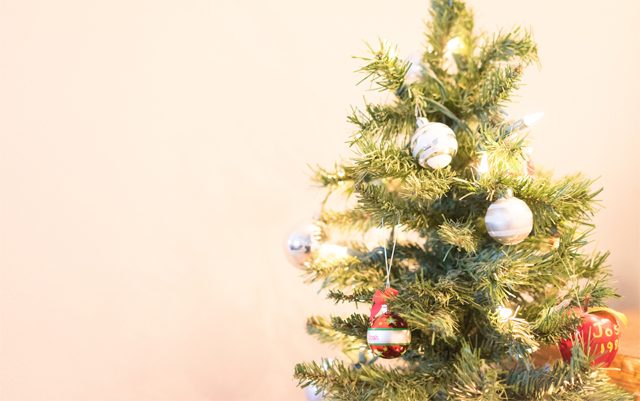 By now, many of you have likely set up and decorated your Christmas tree, if Christmas is a holiday you celebrate. In any case, ‘tis the season to discuss things we don’t any other time of year…like Christmas trees.

Ironically enough, considering the subject of this article, there seems to be a looming shortage of real Christmas trees due to a lot of farmers growing hemp on their land instead of trees. While I’m not one to judge, growing a tree for several years just to cut it down, look at it dressed up for 3 weeks and then dump it in a landfill seems inefficient and destructive at best.

My family has always used artificial trees, and while these are easier and make less mess, they are not exactly Mother Nature’s Jam either. But with the recent federal legalization of hemp in the United States, another way is now possible and may even be practical in just a few years.

I spoke with E.R. Beach, owner of four Hemptations locations in the greater Cincinnati, Ohio area. Beach and I broadcast The High Noon Hemp Show live on Wednesdays, and a couple of weeks ago the subject of Christmas trees came up, which prompted me to get Beach’s thoughts on the viability of a hemp Christmas tree.

“If you are picturing a cannabis plant well-trimmed with a flower angel on top, that would be a great substitute for cutting an 8 year old tree down so you can eventually throw it in the trash, but I’m talking about a reusable ‘tree’ to replace the plastic one that will eventually end up in the stomach of a sea creature,” Beach told The Marijuana Times. “A reusable Christmas ‘tree’ made from a hemp composite could be grown in 6 months, would last as long as you needed it to and when you are done with it, it’s biodegradable.”

And while a cannabis plant Christmas tree that is not hemp may be great fodder for an Instagram pic, it comes with certain legal issues of its own, depending on where you live. And what about those who would rather have an artificial tree? There has to be a better alternative to plastic.

“Industrial hemp can make many things including composites that could replace 60% of plastic materials,” Beach said. “BMW dropped the body weight of their electric vehicles by 20% by using hemp composites in the doors. Hemp by products come from Cannabis Sativa L., which only takes around 5 months to mature and can make anything from food, clothes, cosmetics, construction materials, fuel, and plastic substitutes. Look forward to a day when hemp replaces a great majority of our daily products and the planet gets the best present of all.”

While this information may not do you a lot of good this year, it’s something to think about in the years to come. Technology affords us all sorts of ways of doing things better than we are right now. If government gets out of the way somewhat – as in the case of hemp – there is really no limit to what human ingenuity can accomplish.