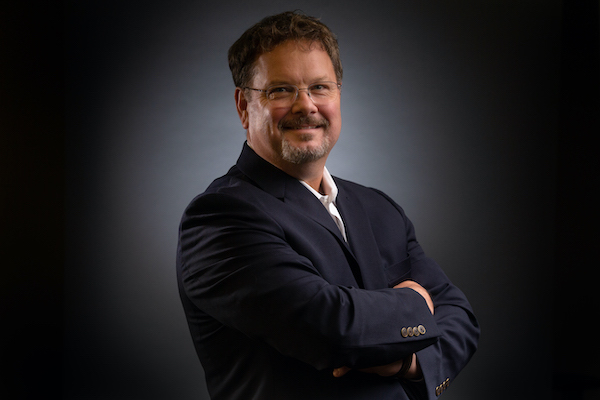 Although the upcoming elections have everyone on pins and needles, those in the cannabis space are particularly anxious. The outcome may just determine the future of the cannabis industry and with it the massive potential for essential job creation and economic recovery. Presidential nominees Joe Biden and Donald Trump differ in their opinions on federal legalization of cannabis, but it’s not the presidential election that concerns me; in reality, the course of the cannabis industry is contingent on Democrats gaining control of the Senate.

Cannabis legalization wouldn’t just benefit operators in the space, but also the millions of unemployed Americans and the many states in deep financial despair due to the coronavirus pandemic. Deemed an essential service, the cannabis market proved to be somewhat bulletproof in the past few months as it continued growing at a rapid clip despite the economic uncertainty gripping the nation, even in established states like California. In fact, many states saw record cannabis sales during a time when consumers are more cautious with their spending money.

What’s more is that we have seen time and again that cannabis legalization, regardless of location, leads to an influx of tax dollars and job opportunities. With a tsunami of restaurant and store closures unfolding, our country is going to need jobs and states will need income coming out of this pandemic, and cannabis is a perfectly viable solution.

The Senate was an obstacle on several cannabis bills passed through the House over the past few years. In 2019, the MORE Act, a bill that would decriminalize marijuana at the federal level and improve banking and business prospects, was passed by the House Judiciary Committee with a 24-10 majority. The House of Representatives had planned to vote on the bill this past September but they were delayed by moderates who wanted to focus first on COVID-19 relief efforts. Although there’s a high chance of passing the House, very few expect it to pass the Republican-led Senate. The SAFE Act, another piece of cannabis legislation that would have provided banking access for cannabis companies, passed in the House in September 2019. The Senate has halted any further progress by refusing to bring it to the floor for a vote. Part of the hold up is Majority Leader Mitch McConnell, who has made it clear that he has no interest in bringing cannabis legalization bills to the floor, nor that he will consider rescheduling cannabis.

Without a change of power, much would remain the same if Republicans keep control of the Senate after this 2020 election. Any cannabis legislation introduced would undoubtedly be terminated in its tracks.

On the other hand, if we come out of this election with a blue Senate, such legislation is much more likely to survive through the Senate committees and Majority Leader to make it to a vote on the floor. Although they haven’t endorsed adult-use legalization, the Democratic National Committee (DNC) is all for decriminalizing cannabis possession, automatic expungements of prior marijuana convictions, federal rescheduling, legalizing medical cannabis and allowing states to set their own laws. Thus, any cannabis reform would ultimately land on the President’s desk, and I see it being signed into law by whoever ends up sitting in the Oval Office.

Biden is nearly sure to go along with anything that has the Democratic House and Senate seal of approval. Trump, a businessman who measures success by the strength of the U.S. economy, will likely see the potential in easing restrictions on a sector of the economy that is thriving, albeit with some compromises made for more conservative factions of the party.

If by some stroke of luck the Senate does flip, the implications for the prosperity of cannabis are massive. Let’s just say Democrats win the Senate and some form of cannabis legislation, whether it’s federal legalization or DNC policies, is signed into law. What happens then? Here are some predictions of what would occur in the wake of a Democratic wave that brings in cannabis reforms.

Essentially, states that prohibit recreational cannabis are forfeiting millions of dollars in much-needed tax revenue to other states where adult-use is legal. We know that people still use cannabis even if it’s not legal in their state, traveling hundreds of miles at times to purchase licensed cannabis products. 6.2% of Colorado travelers say legal marijuana was one of the main reasons they visited the state, and according to one Massachusetts dispensary owner, New Yorkers make up at least 50% of his business. Meanwhile, a whopping 80% of recreational and medical marijuana sales in Nevada are generated by out-of-state visitors.

Faced with depleted budgets and weak economies, state legislators will be quick to arrange oversight and licensing bureaus to set up adult-use sales in their state, helping them recover from the crisis by ensuring a certain and growing tax revenue stream from cannabis sales.

Cannabis legalization would also create thousands of jobs during a time when the middle class is in dire need of employment. We’re currently experiencing the largest wealth transfer in American history in such a short time with a staggering number of mom-and-pop, hardware, restaurant, convenience stores, etc closing as business goes to giant, national chains due to the shutdowns. With the increased sales from legalization, cultivators would need to expand operations and manufacturers would have to ra[idly increase their production to meet demand, both of which require additional staff.

Not only does legal cannabis employ over 243,700 Americans as of January 2020, but the job market is increasing year-over-year with 33,700 new jobs created nationwide over the past 12 months. What’s more, cannabis jobs pay 11% more than the US median salary of $52,863. With a national unemployment rate of 7.9% reported in September 2020 – more than double January’s 3.6% – states are seeking to create job opportunities and cannabis is a sure-fire way to do just that.

An immediate impact would be felt strongest by brands and large-scale distributors with the long-awaited ability to conduct interstate commerce. There is currently no national cannabis market; each of the 33 medical and 11 adult-use states (plus the District of Columbia) is their own market. It is illegal to transport THC across state lines which forces operators to build cultivation and distribution facilities in each state in which they want to conduct business. If cannabis is federally legalized, they would be able to conduct affairs like any normal business with a centrally located cultivation center whose products are distributed across the nation. Brands on the West Coast could easily ship products to the East Coast where most don’t yet exist, greatly expanding their reach.

Expansion of the Cannabis Industry in our Near Future

Even without changes at the federal level, state-by-state legalization will accelerate post-election because states are desperate both for any type of revenue and to lower unemployment. It has reached the point where the public by and large supports legalized adult-use cannabis. A recent poll by New Frontier Data found that 66% of American adults agree with legalization while 50% of potential customers in illicit and medical-only states said they would try cannabis if adult-use was legalized in their state. As these numbers steadily creep up, politicians will realize their stance is in opposition to public opinion and we’ll see them magically evolve, no longer objecting to cannabis legalization.

Whether or not the Senate flips blue, legislators will feel the pressure to bring adult-use cannabis into their state for job and revenue prospects. This year, cannabis legalization and reform is on the ballot in five states for voters to adopt either medical or recreational cannabis laws or both. Any that pass will have a strong influence on neighboring states without legal cannabis. Although the green wave has already begun, the outcome of certain key Senate races will determine just how quickly cannabis legalization spreads throughout the remaining states.