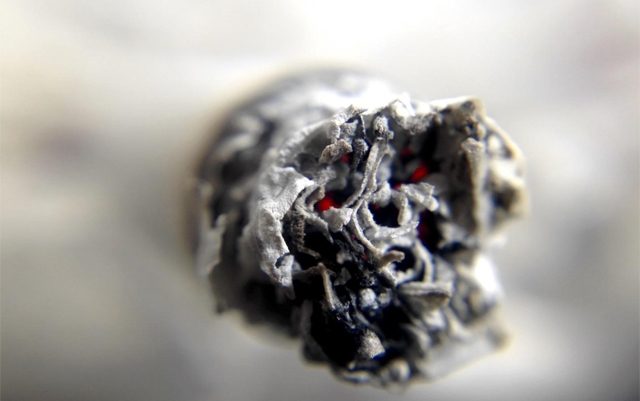 Laced weed is starting to make a dangerous comeback. Keep reading for 7 key ways to tell if your weed is laced.

In the last two years, news on marijuana lacing has had many of its users in a frenzy.

Well, after the paradox that many streets blunts are getting laced with hard drugs like fentanyl went viral, many were not enthusiastic about purchasing their cannabis.

If you’re among those feeling worried that you may have ingested some laced weed, you’ve come to the right place.

This is especially true if you don’t obtain your cannabis from a legal dispensary. In as much as weed lacing is uncommon, it is also a potentially a real threat.

Here are a few ways to tell if your weed is laced and the side effects to expect from its intake.

Can Weed Be Laced?

Yes, weed can be laced. But it can be very difficult to tell when this is the case. That’s because most illegal dealers either spray the drugs in liquid form or ground and wrap them up in the joint.

This makes it hard to detect any issues until you’ve tried it.

Still, you can bet you won’t miss spotting an obviously suspicious pungent smell or color if your weed has been laced. Normally, marijuana use gives you a feeling of relaxation, happiness or forgetfulness. Some strains may cause less euphoria and more relaxation, while others may make you feel more foggy and clumsy.

Laced weed, on the other hand, will cause a variety of side effects, different from what you normally feel when you smoke normal weed. Most dealers are likely to lace the weed with cheap substances like glass, perfumes, or laundry detergents to increase the weight and smell or to make the drug seem more potent.

On rare occasions, it may be laced with hard drugs such as cocaine, meth, fentanyl, PCP and LSD. In fact, according to research, hard drugs weed lacing is mostly done on the user-level. Dealers are less likely to do so to avoid further costs.

Nonetheless, here’s how you can tell if your weed is laced with any of the above drugs.

Ways to Tell if Your Weed is Laced With Cocaine

Often, cocaine is a whitish powder with soft texture. It faintly smells of chemical solvent and has a bitter, metallic smell. When smoked, it quickly gives you a numbing mouth effect as the elements dissolve.

Unlaced weed will drop few white crystals, also known as trichomes, from its bud. However, if you spot more powder than usual, your weed could be laced with cocaine.

Even though smoking cocaine laced blunts won’t kill you, it may give you unpleasant side effects, especially if it’s your first time. After taking in several puffs, you’ll face racing heartbeats, severe sweating and have difficulty sleeping. You may also feel numbness in the throat and mouth and find it hard to focus.

It’s advisable that you seek medical attention if symptoms persist. This is to avoid having a stroke or a heart attack. You should also avoid combining other drugs in such a state to avoid escalating the situation.

Ways to Tell if Your Weed is Laced With PCP

Phencyclidine, also commonly known as angel dust, is another white powdery substance which can quickly dissolve into a liquid. This makes it easy to spray on a blunt without raising suspicion.

Within the first two puffs of PCP laced weed, you’ll notice something is off. First, your blunt will have a distinct, harsh chemical taste. In a matter of seconds, you’ll start experiencing numbness, slurred speech, and severe disorientation.

Since it’s a powerful hallucinogen, you may also display erratic behaviors and urges when high on it. Seek medical attention immediately you suspect you’ve inhaled a PCP laced joint.

Ways to Tell if Your Weed is Laced With Dangerous Additives

As mentioned earlier, most illegal dealers lace weed with chemicals like glass, soap, formaldehyde, and even pesticides. Here’s what you should do if you suspect any of this stuff is in your cannabis.

If you think your weed is laced with glass to make it look like it has resinous trichomes, take out a bud and rub it on a CD. A smooth plastic will also do. If you rub the bud against the CD and notice scratches on the surface, then there is glass in your weed.

Drop a bud in a small amount of water and swirl it around. If you spot a soapy film or bubbles, chances are you’ve bought detergent-laced marijuana.

Chemical additives like formaldehyde or fuel catch fire easily. To test if your weed contains these substances, hold a bud over a fire and watch the aftermath.

Normal weed will flash up, spark or even pop. If you witness anything other than that, throw away the stash.

If you’re a regular cannabis smoker, it will be easy for you to notice an altered joint. You only need to look out for things that don’t normally happen from your typical high. Laced weed symptoms such as excessive hype, vomiting, diarrhea, racing heartbeat, and coordination issues should raise your attention.

Also, keep alert for the strain’s smell and taste. Remember, cannabis has varying terpene mixtures which give it its rich aroma, taste and high. If your weed has any drugs or chemicals, it’s sure to taste, smell and even produce a different high than that of an unlaced product. Read more about terpenes here.

If you suspect you’re taking laced weed, the best thing you can do is to find a new place to obtain your cannabis. Hopefully soon, no one will have to worry about laced weed or ways to tell if your weed is laced as cannabis legalization becomes more widespread in states across the country.

With the legalization of cannabis still persistent, products will become safer and more consistent in the market.

Buying Weed Online: How to Order Cannabis from Home Legally