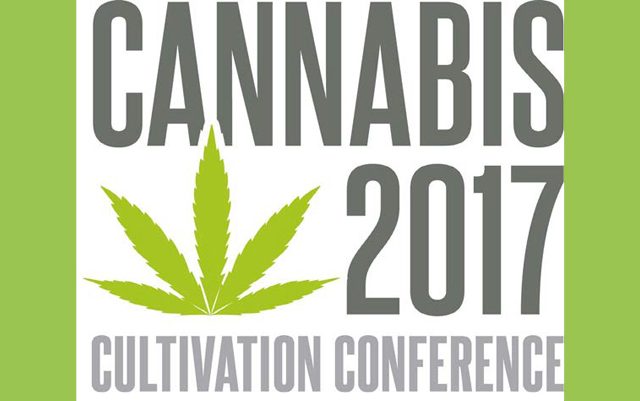 I attended the inaugural Cannabis Cultivation Conference at the Oakland Marriott City Center in Oakland, California this past March and was very impressed with the professional business-to-business atmosphere. Valuable education and advice was offered by keynote and panel speakers, as well as over 50 product and service exhibitors. Networking opportunities abounded and hundreds of experienced individuals, as well as eager newbie registrants, exchanged ideas and made connections during program breaks, lunch and social time.

Participants traveled from all across the country and world to Oakland, California for the event – with an especially strong contingent from the western cannabis-friendly U.S. states of Colorado, Washington, Oregon, Alaska and California. All the expected topics were well covered, from best growing practices to licensing procedures – and even the fundamentals of futures markets, in anticipation of cannabis eventually being treated like any other agricultural commodity. Three days of intensive learning! I tried to take it all in. Here’s a brief breakdown of a few highlights.

The very first session dove right into the emerging challenges and opportunities presented by the evolving laws and processes in newly legal states. Here in California, for instance, the aftermath of Prop 64 is leading to a flurry of rule-making and a nearly impenetrable minefield of punishing fines for failing to have your ducks in a row. There will be more than a dozen classes of Medical Cannabis Cultivation Licenses, with annual fees ranging from $560 for a nursery to $38,350 for a medium indoor grow. But local permits must first be obtained and many cities/counties are still debating what to allow. Not surprisingly, a paperwork relief industry is springing up around the application process as lawyers and consultants chart winning paths through the regulatory straight-jackets as fast as bureaucrats can erect more daunting barriers to entry.

Étienne Fontán, Co-owner and Vice President of the Berkeley Patients Group, kicked off day two with an entertaining and heartwarming keynote speech tracing his personal journey through life as an activist and entrepreneur. A follow-on panel before lunch addressed several serious business issues affecting the state of the cannabis market, including the Obama era Yates memo on banking, FinCEN (Financial Crimes Enforcement Network) money laundering rules, and Internal Revenue Code section 280E which has been interpreted to prevent cannabis enterprises from deducting business expenses on tax returns.

Lunch breaks were held in the Exhibit Hall, so besides schmoozing and boozing between snacks, there was plenty of non-stop product info to ingest. One booth in particular that caught my attention was the big aquarium display tank brought by Oxygen Research Group LLC . Experienced cannabis cultivators know the value of delivering oxygen to the roots of plants and have long employed aquarium air-stones and noisy pumps to bubble or aerate water. The O2Grow uses hydrolytic electrolysis to silently break apart water molecules (H20) and create a mesmerizing underwater fog of hydrogen plus super-saturating oxygen nano-bubbles. Science geeks will correctly guess that much of the output recombines into water, and stray hydrogen simply dissipates at the surface. What’s interesting is that so much of the oxygen dissolves into the water since the bubbles are too small to break surface tension. University research found a 21% yield increase when this ultra-oxygenating tech was applied to organic brandywine tomato culture – impressive results!

A panel discussion later that day was devoted to increasing yields. Many techniques were reviewed that you’ve likely already heard about or employed, such as high stress training/super-cropping, automated fertigation, and soil salinity monitoring. Did you know that compounding your own bulk batches of fertilizer from cheap 50 pound bags of base salts can save you 90% over commercial off-the-shelf pre-mixes? I was also impressed with a simple suggestion for optimizing square footage, reducing wasted floor space by virtually eliminating aisles with wheeled benches – kinda like those puzzles we played with as kids where you pushed squares around in a plastic frame to form a pattern by manipulating the one empty space. While writing this article I chanced upon a short video demonstrating this idea on YouTube.

Facility automation was the next hot topic on the track I pursued. The speakers blew the crowd away with their investments in futuristic farming technology. Water recycling is a key to being green. Elimination of unskilled labor keeps costs down. What gets automated? Almost everything – and I’m not just talking trimming bud, think germination and up-potting, machine vision based IPM, data collection and climate control.

I found a podcast called Blazin’ with Bobby Black featuring an informative interview with Mr. Scott Reach, founder of Rare Dankness who was absent from the panel, describing his career history that I thought was interesting. Scott feels legalization & competition drives down prices dramatically; to that end he is administering the financial discipline of big agriculture, working toward a $200/lb cost of production for 8 million grams/year via greenhouse automation, from his current $900/lb .

Any advice and opinions about the cultivation of Cannabis offered by Bruce N. Goren are his own and do not represent the University of California or the Master Gardener Program.