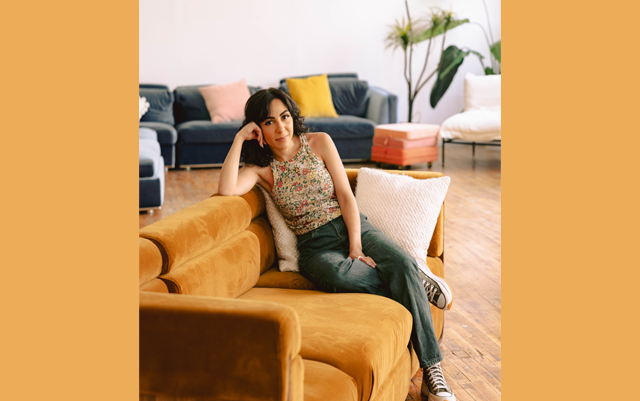 The age old adage linking necessity to innovation has always rung true – and is how Neno’s Naturals, a CBD company developed under the Exclusive Brands umbrella in Michigan came to fruition. While most people spend their high school years in extracurriculars and preparing for college – I spent a good chunk of mine in the hospital getting morphine drips, undergoing invasive diagnostic tests, and being shunned by a healthcare system that wasn’t built for people like me. I developed Neno’s Naturals – “Neno” being my childhood nickname – out of my desperate need to find relief from my chronic pain.

I was diagnosed with endometriosis at age 15. I had already spent years desperately trying to reach a diagnosis, and thought that by figuring out what was wrong with me, I could finally get some relief. However, I was continuously failed by a system that isn’t quite built for women or people of color – something that helped build me up to deal with the same issues in the business and cannabis industries. When I finally tried CBD for my chronic pain and nausea, my life was changed forever. That may sound dramatic, but when you spend 10+ years unable to travel, work full schedules, or even eat at regular intervals, and all that changes with the use of a single plant, it’s life-changing. As a result – Neno’s Naturals CBD was born.

Neno’s Naturals CBD offers a wide variety of CBD products, as well as products with other cannabinoids such as CBG. Cannabinoids, naturally occurring substances in the cannabis plant, have wide ranging medical and wellness benefits, and many are non-psychoactive. From Sleep Gummies to Transdermal Patches, Neno’s was created with whole body wellness in mind. Whether taken as a daily supplement or for targeted relief, Neno’s is a wonderful complement to any routine. Its low-effort nature allows people to integrate it easily into their wellness regimes, and while many fad diet products come and go, CBD has been around for many years and has proven its here to stay.

When we founded Exclusive Brands, it was a small business operated by three people out of an office building that was shared with a restaurant management company and online shoe retailer. When November 2019 rolled around and the applications for adult-use cannabis opened up in Michigan, I submitted the Exclusive Brands’ application at 12:17am – 17 minutes after it was made available. We went on to become the first licensed adult-use Grower, Processor, and Retailer in the state. Now, with almost 400 employees statewide, 4 retail locations, and 12 highly sought after brands under our umbrella, our products are found in almost every cannabis retail facility in the state. Neno’s Naturals CBD was created by the same team so that nationwide, customers can be confident they’re buying CBD from a group that really understands cannabis, quality control, and how to ensure patient and customer satisfaction.

The cannabis industry faces an unprecedented number of challenges, especially when it comes to volatile political landscapes. In a time where it is impossible to be apolitical – cannabis is stuck in culture war regarding its safety, efficacy, and a stigma that has been nearly impossible to shake. Although cannabis is highly regulated in most states, the stigma that cannabis is unsafe, a “gateway drug”, and meant for a particular “stoner” personality has turned many people, including those shaping our laws, away from making it more accessible. Despite the fact that states that have legalized adult use cannabis generated more than $3.7 billion in tax revenue from recreational cannabis sales just in the last year (a number that continues to grow) , communities continue to vote against allowing it in their backyards. This also increases the stigma around CBD, a non-psychoactive cannabinoid in the cannabis plant, that can be harvested from hemp.

Stigma isn’t the only thing holding the cannabis industry back from reaching its full potential – strict federal, state, and even local regulations are continuously hindering the success of the industry. From statewide bans to regulations that make it impossible for smaller operators to succeed, it’s clear that the rules are being written the same way rules have always been written – to benefit a wealthy sector of the market. This doesn’t bode well for social equity applicants or the “mom and pop” shops that people have come to know and love. When we segment markets like this – only allowing for large multi-state operators (MSO’s) and multi-million dollar corporations to operate – we lose the culture and community that the cannabis industry was built on. Decades of sophisticated and wellness-centric legacy culture is thrown away to support a dollars and cents bottom line. It’s heartbreaking to all the people who built this industry before it was an industry – when it was highly vilified and widely illegal.

Many cannabis critics cite a lack of solid research on the plant and its effects on the human body. This is where we find ourselves in a bit of a Catch-22 – the potential for research has been hindered by federal regulations, but without legal and properly funded research, we cannot prove the plant’s safety and efficacy. In the face of all the obstacles, many researchers have found ways around this. This includes public health studies, quantitative research on its use, and international studies that can be more thorough than what is allowed in the United States. Until cannabis is federally legalized, the ability to research this plant and effectively integrate it into our healthcare system is going to be nearly impossible. Still, federal legalization isn’t the highest priority of most cannabis advocates. Decriminalization remains a higher priority, since the devastating effects of the War on Drugs are still seen nationwide.

Despite the many states that have adopted some sort of medical or adult-use cannabis reform, we have people being jailed every day for possession of a plant that others are making millions off of. There are so many inequities that black people and people of color have faced because of cannabis in the past, and instead of fixing those inequities, we’re perpetuating a system that only works for a few. Many states have comprehensive social equity programs that were built to help, but have sadly fallen flat. This is because it’s a systemic problem that doesn’t exist in a cannabis vacuum – it’s rooted in a prison industrial system that works against any social equity effort.

Still, we are seeing the industry thrive in Michigan and nationwide. According to the Michigan Department of Treasury, in the 2021 fiscal year, more than $111 million was collected from Michigan’s 10% adult-use marijuana excise tax. For a novel industry, reaching $1.1 billion in sales during a pandemic is unheard of, and yet still doesn’t escape critics who claim we don’t need this industry in our community. While many businesses were shutting down due to COVID-19, cannabis businesses were thriving, continuing to hire in droves and offering pay well above minimum wage, as well as benefits including healthcare and paid time off. In a world where cannabis businesses are deemed essential, and people turned to cannabis when they couldn’t safely access traditional health care methods, it’s absurd that those touching any part of this industry are still treated like criminals by local, state, and federal governments.

There are so many opportunities for expansion in the industry – not only are we seeing MSO’s take expand their operations from state to state – but smaller operators are gaining notoriety with homegrown brands – like Exclusive Brands has done with Neno’s Naturals. This is an industry where anyone can succeed given the right opportunities. However, those opportunities are rarely given to women and people of color in the industry. Neno’s Naturals is proudly woman-run, and founded by a team of people of color. Our dedication to social equity is built into our foundation. We donate a portion of all proceeds to the Black and Brown Cannabis Guild, a Grand Rapids-based nonprofit that helps with expungements and resources for formerly-incarcerated people. Neno’s is proud to use our wellness brand to uplift those who have been adversely affected by the War on Drugs, and we will continue to do so as long as we’re given a platform. We want to improve lives any way we can – whether it be by creating CBD products that provide relief from pain and anxiety, or by volunteering at expungement fairs to help those who have been forgotten by society.

Yoga and Cannabis: A Meditative Match Made in Heaven