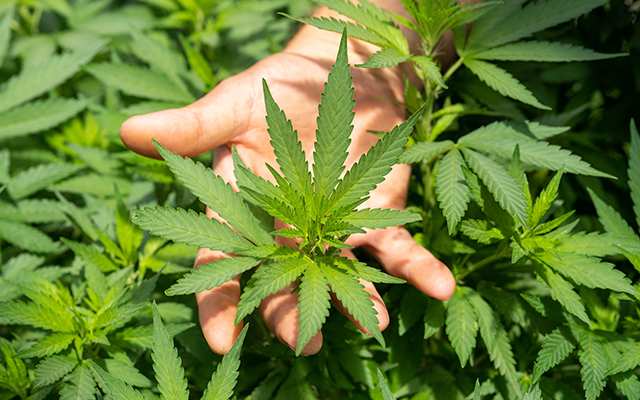 The hemp industry in North Carolina first became legal in 2016 after the 2014 Farm Bill passed laws to allow opportunity for states to create their own 5 year long hemp pilot program. This program would allow farmers to grow hemp plants, defined as cannabis plants with less than 0.3% delta 9 THC. Since then, a lot has happened, businesses have gone under, new ones have flourished, and a fresh spark of relief and hope has been lit for the future of the state’s industry.

During the first year or two of the NC hemp program, farmers were growing hemp flower for CBD, and hemp fiber for textiles and hemp seed. During this time, the demand for CBD grew quickly and became popular among farmers and consumers. The NC hemp industry started experiencing saturation once companies started replicating one another, hemp became an overproduced crop, and its price drastically decreased.

After the drop of CBD prices and fierce competition, scientists, labs and businesses started seeking new potentials for profiting off of the hemp industry. They started producing Delta 8 THC, which is a different form of THC with no clear regulations. All regulations that were written, were written specifically for Delta 9 THC which is considered “marijuana.” This quickly resulted in a gray-area for hemp-derived THC products to flood the market. Because of its psychoactive effects, Delta 8 quickly became popular among consumers in NC. These hemp-derived, legal forms of THC created a movement in the hemp industry that would change cannabis forever. Over the next couple years, we’d see many people adopt the use of Delta 8 for a stronger sense of relief while many also used it recreationally.

Fast forward to July 2022, the NC pilot program was set to expire, and this was extremely unsettling to hemp businesses operating in the state. It was time for the state to make its own long term hemp laws if they saw potential in the industry. It wasn’t until the 11th hour that the farmers, brands, storefronts, research labs, and producers found relief in knowing that the state’s hemp industry could go on, and that it would remain legal.

This positive jump forward will bring benefits to all of the businesses in this growing industry. Banks, credit card processors, insurance companies, and landlords did not work with hemp companies under the temporary pilot program laws. This could change very soon now that North Carolina is no longer reliant upon a pilot program to maintain the legal status of hemp, slowly making it easier to run day to day operations as a hemp business operator.

The next step in making this industry more effective, both in North Carolina and nationwide, is to bring better product regulations to the forefront. Hemp is an unregulated industry. There are little to no federal or state regulations on product labels, testing, pesticide limits, directions, and education which is damaging to the industry and gives off an uneasy feeling to consumers. The quicker we can remedy the source of our industry’s problems, the quicker we can end the stigma that still hangs around this incredible plant. With new wins come new challenges. North Carolina’s hemp industry doesn’t seem to be going anywhere, and now it’s up to the entrepreneurs and trailblazers to make improvements to it each and every day.