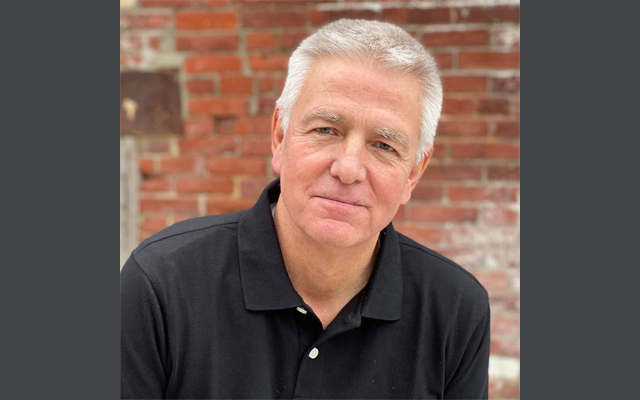 Green Meadows, a vertically integrated cannabis company based in the heart of Southbridge, Mass., has announced key new leadership changes to position the company for continued growth in the New England cannabis market, including the first non-family member to be appointed to the C-Suite with Max Jones joining as Chief Operating Officer. Bob Patton, co-founder and former CEO, is now chairman and his son and fellow co-founder, Chris Zawacki, has been promoted from COO to CEO. Dan Donahue has been appointed to Vice President Cannabis Operations and Josh Turner is now the Vice President of Cultivation.

The expansion of the leadership team will support the rapid maturation of the business. In just 15 months since Green Meadows opened its Southbridge dispensary for recreational customers, the company has reached several major milestones, including bringing its own organic, sustainable cannabis to the market, serving medical patients, and rolling out an aggressive wholesale strategy, with Green Meadows products in 40 dispensaries across the state. In this same time, Green Meadows became the exclusive cultivation, production, packaging and sales partner for the launch of several celebrity-branded cannabis products in Massachusetts, including Paul Pierce and Whoopi Goldberg, and was among the first Massachusetts operators to bring organic clones to the growing home cultivator market.

“As we continue to grow the business in new and exciting ways, and also look to open our second dispensary in Fitchburg this coming fall, we knew we needed to put in place the right leadership team to bring our ambitious goals to reality,” said Chris Zawacki, CEO of Green Meadows. “Josh’s visionary cultivation techniques are positioning us to create a fully self-sufficient cannabis production operation within the next year, while Max and Dan bring the operational rigor that will enable us to scale our business to offer more Massachusetts  – and ultimately New England – customers and patients the best organic, sustainably grown cannabis products that have been produced in a way they can feel good about – and will make them feel good, too.”

Max Jones brings more than 30 years of manufacturing and operations experience spanning the aluminum, automotive, construction, electrical distribution, and cannabis industries in various roles from plant manager to Chief Operating Officer. Jones joins Green Meadows from Maitri Holdings, LLC, a vertically integrated medical cannabis company in Pittsburgh, Pennsylvania, where he served as the COO.  Jones earned an industrial engineering degree from the University of the West Indies, St. Augustine, Trinidad, as well as an MBA from Tepper Business school, Carnegie Mellon Pittsburgh, where he specialized in Strategy, Operations, and Finance.

Josh Turner oversees the fully organic, living soil cultivation operation at Green Meadows. He is establishing no-till raised beds and an in-house genetics program. He joins Green Meadows from PharmaCann Inc., where he was the director of cultivation. Since coming to Massachusetts in 2019, he managed the cultivation, harvesting and processing of more than 75% of the hemp grown in the state. Turner also worked with the Massachusetts Department of Agricultural Resources to educate farmers on the methods of hemp cultivation and provided them with stable certified genetics.

Turner founded Yellowhammer Genetics, a cannabis genetics research company and seed producer. He has designed and built high performance cannabis cultivation facilities in Nevada, and in 2016, he helped found and build Woodman Peak Farms in Mendocino, CA – an off-grid, fully organic, living soil grow and produces the finest quality cannabis. Turner also established a research and development farm in Southern Oregon where he and his team at Yellowhammer Genetics focus on rare and unique cannabinoids and terpenes. Turner’s genetics have won awards for both concentrates and flower in most major U.S. cannabis markets.

Dan Donahue supports the operations of the cultivation and production team. He brings more than 4 years of senior leadership roles within cannabis operations and more than 20 years of operations and project management experience in Class III medical device manufacturing from concept to global commercial distribution to his role at Green Meadows.  Donahue joins Green Meadows from PharmaCann Inc. where he served as the general manager of Massachusetts Operations. He earned a mechanical engineering degree from Penn Foster University, and a BS from Southern New Hampshire University in Operations & Project Management.