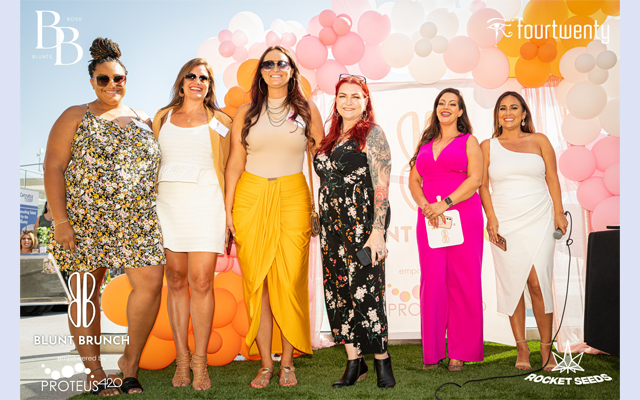 Blunt Brunch, a networking organization for women executives in the cannabis industry, today announced its official co-host partners for Albuquerque, Las Vegas, San Diego, Phoenix and Tucson. Co-hosts will lead local events in their cities starting on May 28, 2022, through May 27, 2023.

Even before Blunt Brunch went national in April 2022, co-founders Parisa Rad and Adelia Carrillo realized their community was growing beyond their flagship series in Phoenix, garnering interest from high-profile executives across the country. With a desire to expand their Blunt Brunch calendar in other key markets, Rad and Carrillo created co-host socials to continue cultivating more intimate networking groups in conjunction with their national, large-scale events.

“We are honored to have these seven women continue our mission of empowering women executives on a local level,” stated co-founder Carrillo, who also serves as co-founder of EventHi and has been involved in the cannabis industry since its inception.

Co-founder Rad is also an industry veteran and established influencer known as “DaMarijuanaMomma”. Beyond her leadership role at Blunt Brunch, she serves as president of FourTwenty Collections.

“Providing women with a space to connect authentically and build strong industry relationships has always been our goal. Through our co-hosts, we’re able to amplify our reach and make our community more accessible to a greater number of people,” said Rad.