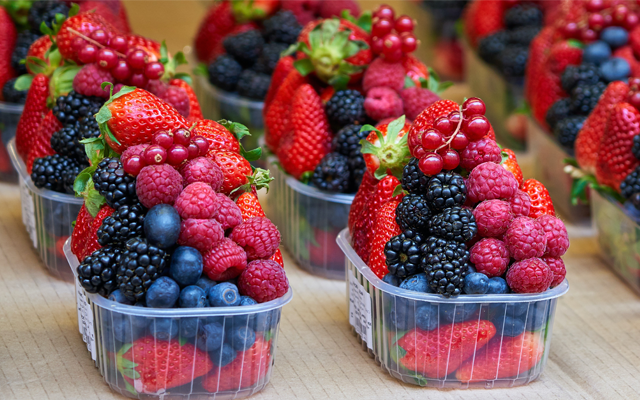 People tend to describe the taste and smell of cannabis with words like “earthy” or “skunky”. But, several strains have sweet, fruity fragrances and flavors. Dank and skunky strains can be a little overwhelming, particularly for new marijuana consumers, so the fruit-flavored ones are a great starting point for beginners. Here are three popular fruity weed strains to try.

Blackberry is a hybrid strain that is an even balance of indica and sativa. The THC levels are between 17-20% THC, with the most commonly reported effect being a feeling of relaxation or sleepiness. Blackberry’s aroma is that of berries and a bit of diesel fuel, and the flavor is fruity with a bit of earthiness. It was created by crossing Black Domina and Raspberry Cough, making it an excellent choice for those that wish to medicate with a berry-flavored marijuana strain. The name also may come from the appearance of the strain, which has been bred to produce buds with beautiful shades of purple throughout.

Strawberry Cough is a fan favorite among marijuana consumers who like a fruity strain. The exact genetics are unknown, but this sativa dominant strain is thought to have been created through a cross of Haze and Strawberry Fields. The potency of Strawberry Cough is said to be able to make even the most experienced cannabis consumer cough a bit. The strain is aptly named, as the dominant smell and taste is sweet strawberry. The THC level of this strain is anywhere from 19-26%, and the effects are a very cerebral and energizing high.

Fruity Pebbles, also known as FPOG or Fruity Pebbles OG, was originally intended to be a limited-time offering from Alien Genetics. The hybrid strain was created by combining the genetics from Green Ribbon, Granddaddy Purple, and Tahoe Alien. The THC level is around 19%, and the most commonly reported effect from FPOG is euphoric relaxation, often ending in a fit of the giggles. The taste and smell of Fruity Pebbles is similar to the cereal for which it was named. Users report tasting the tropical berry flavor of the strain, and the aroma is quite similar. While not an actual “fruit”, FPOG still gives that fruity flavor that many consumers crave.