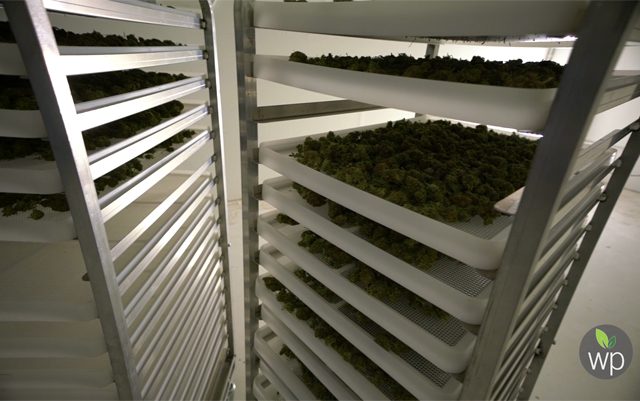 The advent of cannabis legalization across the country has spawned dozens of new markets, as well as expanded many others.

One of the new markets to emerge within the overall legal cannabis industry is marijuana testing. Most states have rather strict regulations on the selling of cannabis, making the passing of various tests mandatory before the product can be legally sold.

This has given rise to a testing prep niche within the testing market; after all, if you are going to take a test, you need to spend some time and effort getting prepared. Preparing cannabis for testing is no different – and is especially important if you depend on your product passing the testing phase of the supply chain.

But how do you “prepare” cannabis for passing regulation testing? Well, it’s obvious that new technology will be needed to do something no one ever had to worry about before. Under marijuana prohibition, there was no testing. But the legal marketplace is a whole different ball game.

This relatively new need is currently being met by a product called the WillowPure. The WillowPure is a safe, mobile cannabis decontamination machine that “targets yeast, mold, bacteria, Aspergillus, coliforms, E.Coli, and Salmonella that could unseemingly be contaminating your product.” It fits through any standard door and can be used in any room of a cultivation facility.

You simply put your harvested cannabis in the tray and let the machine do the work of getting your product ready for testing by ensuring “regulatory compliance by reducing any contamination below state mandated microbial thresholds.”

The Marijuana Times got a chance to speak with the founder of Willow Industries – maker of the WillowPure – Jill Ellsworth, who described for us her background in the food industry, which includes a Master’s Degree in Food Science and Nutrition. While Jill was transitioning away from the food industry and looking for her next venture, she says a marijuana grower friend of hers in Colorado called her and began asking about different contaminants in cannabis and what can be done about them.

This opened Jill’s eyes to a need that wasn’t being filled by anyone else. After a lot of research, she decided that her background in the food industry could be brought to bear in this area. “I went down a different path at first,” Jill told us about the process that eventually led to the creation of the WillowPure. “I started with high pressure and it didn’t work; it essentially destroyed the weed.” After doing even more research, Jill found that “ozone gas would be a really great method that wouldn’t harm the plant” but one that also had “an incredibly high kill rate” when it came to contaminants and pathogens.

After another year or so of R & D, the WilliowPure was born. Since then, it been used by growers who have “successfully passed hundreds of microbial tests and saved thousands of pounds of product,” a claim backed by mountains of data.

Willow Industries says that they can provide “product cleaning services at your location” and they can also sell cultivators the machine itself, which is easy to use and is serviced by W.I.

It is a new era, and the innovation that is spurred by legalization is just at the tip of the iceberg. The WillowPure is certainly proof that the process of new technology creation is well on its way in the legal cannabis industry.